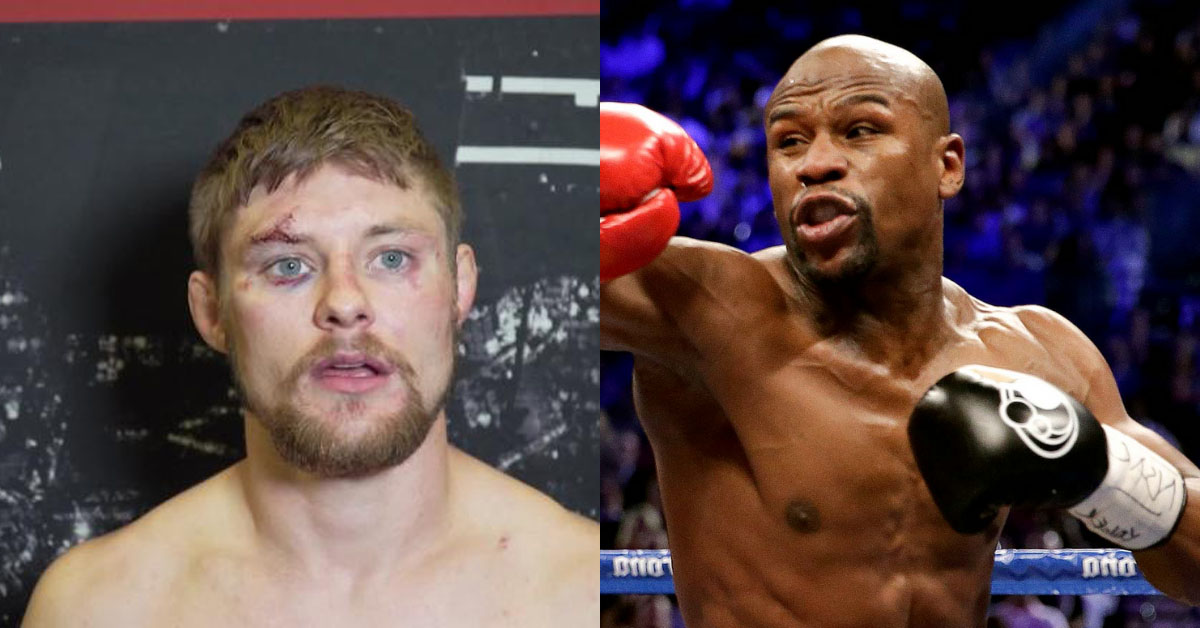 UFC featherweight Bryce Mitchell is an up and coming rapper – and like any promising rapper slash fighter he just tried to start a beef with the famous professional boxer, Floyd Mayweather. Recently Mitchell hilariously trash-talked the legendary boxer, during a talk with stand-up comedian Theo Von.

Bryce Mitchell was asked by Theo Von about anyone he may want to call out and the ‘Thug Nasty’, without hesitation, called out Floyd Mayweather in a hilarious rant.

“Floyd Mayweather, because I think that’s the easiest money I’ll ever make in my damn life.” Told Mitchell to Theo.

“I even offered to box him, and the real reason I ever did that is because he is always talking sh*t about MMA fighters in general. I’ve seen his interviews talking sh*t about MMA fighters and I’d really just like to, you know, teach him some damn respect. It’s just pissed me off, you know. If me and Floyd are in a cell, he is getting f*cked, and when I wake up there better be some grits and eggs. He is my b*tch.” Said Mitchell.

This isn’t the first time Mitchell set his sights on the retired boxer. During an interview with Lowkick MMA this past summer Bryce Mitchell also said that he “will kick” Mayweather a*s.

“I’ve been calling out Floyd Mayweather for a while,” Mitchell said during an interview with LowKick MMA reporter, James Lynch. “Everybody knows that, I mean — if y’all really wanna see him get his ass kicked, he needs to fight me. You know, all these other fights — these last couple fights he had was thrown. That last fight he had in Japan (against Nasukawa), that was thrown. And this Logan Paul fight wasn’t thrown but it was just an easier fight for him.“

“You know, I’ll kick his ass, I’ll knock him the f*ck out,” Mitchell said. “Like I said, I’ll hit him so hard he’ll wake up and be able to read books. You know, he ain’t even done that before, it’ll be a miracle, ok. I’ll whoop his ass, anytime he wants to. But he don’t want to. He don’t want a real fight. So besides, Floyd (Mayweather) — whoever they give me, I’ve no preference. I respect all the fighters in my division, I think they’re all good fighters.“

Bryce Mitchell is undefeated in his professional MMA career and has fought 14 times since making his professional debut in 2015. The 27-year-old fighter joined the UFC in 2019 winning 4 fights in the promotion. He is currently ranked at number 11 in the UFC featherweight ranking.