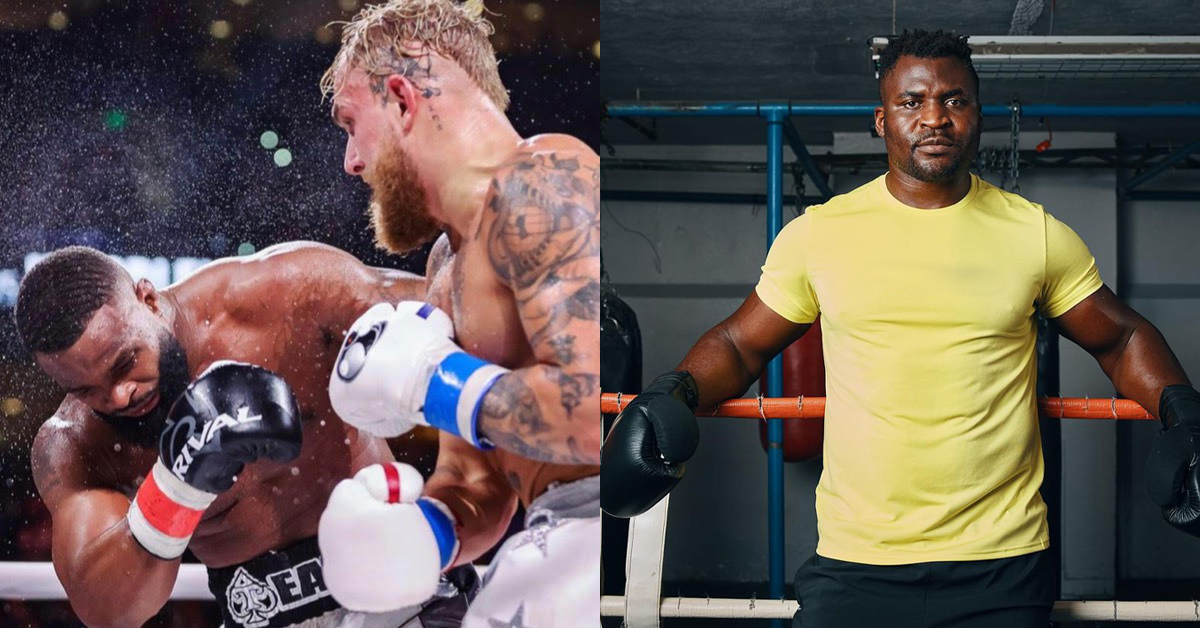 Current UFC heavyweight champion Francis Ngannou is prepping for a title unification in January. And during some media obligations he managed to surprise everyone by putting respect on the controversial youtuber’s name.

For Ngannou – Jake Paul’s boxing was nothing special until he witnessed that fateful Woodley knock out.

“Honestly, I was impressed by Jake Paul. I didn’t see that coming. I was sure that Tyron Woodley was gonna win this fight,” Ngannou told TMZ Sports on Wednesday. “But you’ve got to give it to Jake Paul. He made a huge statement.”

“You better take him seriously, because he proved it,” says Ngannou.

Ngannou seems genuine however it should be noted that he might be angling for a big payday. According to Dana White the heavyweight champion is “mismanaged” and he’s riding out the last fight on his contract.

“Look, if you want to be with us, we’d love to have you. If you don’t want to be with us, no problem. It’s all good,” White claimed. “I think his contract, and this is off the top of my head, if he wins he still has time with us after this fight. He’d probably have one more fight.”

However White’s actions speak louder than his words – UFC has been using the “championship clause” to auto extend Ngannou’s contract. The original contract should’ve expired during May of last year.

White also took time out of his busy schedule to critise Ngannou’s management:

“He knows exactly what’s going on and isn’t ‘shocked’ at all. Because we told him several times this was coming. His management is incompetent and hopefully Francis starts taking a look at new people to help his career.”

“Incompetent management? I think we’ve done a damn good job. I think you really don’t like the fact that Francis is being represented by not only me but an entire agency, one which you can’t control. Hence why you have people trying to rep him all the time to your benefit.”

“I tell you what, let’s disclose everything for people to see. Emails, calls, texts, everything. Deal? Cause I’m ready to get blackballed by the UFC. I’m not defined by it, you or anyone else for that matter. How’s that sound? Sincerely, your old employee, Marquel Martin.”

When Ngannou was questioned on if he’s angling to box one of the Paul brothers he replied: