This is due to the fact broadcast at one point prominently featured Koslow’s swastika tattoo.

The 25-year-old went on to lose his first as a UFC athlete by third-round TKO, but the tattoo on the inside of his left ankle caught everyone’s eye.

Fans’ were flabbergasted how this escaped UFC censors.

“Swastika” is widely accepted as a symbol of WW2 Germany. 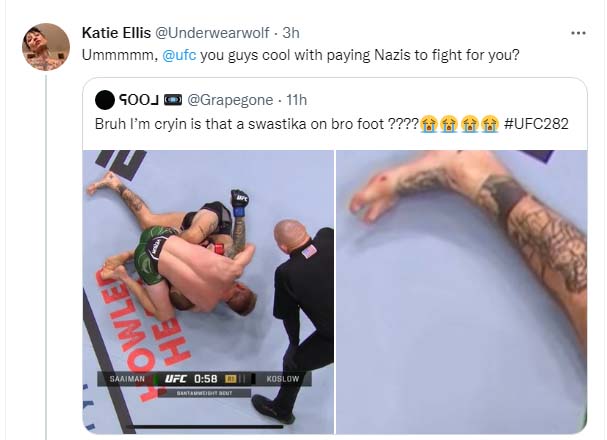 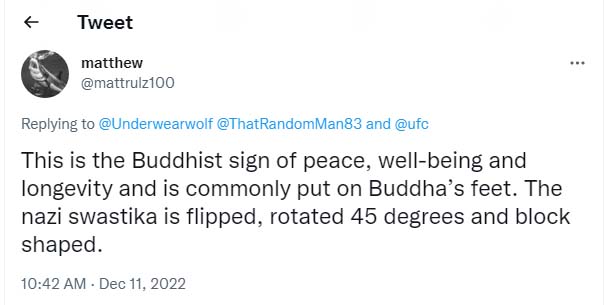 While some criticized Koslow for having an objectionable tattoo, others backed the athlete, arguing that the sign had many cultural connotations.

This is a frequent theme because WW2 Germany did not invent the sign – but they did alter the meaning ascribed for all of humanity arguably. 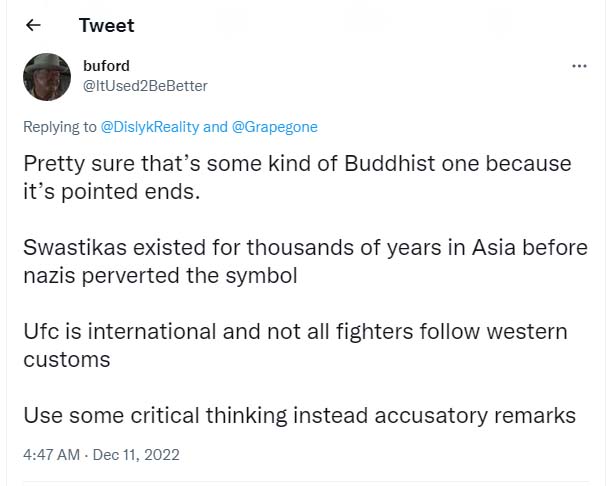 The sign is well-known from Sanskrit, a language that is widely used in Buddhism and Hinduism.

“It’s a Sanskrit symbol. Cultures around the world use it. Prominent in Hindi and Buddhist religions”

However, @78 Bianconero wrote: “Sure but the fanboys of that symbol wouldn’t care less. Also I think this is one of those ‘western world issues.'”

Steven Koslow’s tattoo included four dots, which distinguished the Hindu symbol from the WW2 Germany one.

According to MMA writer Alex Behunin, who has received confirmation from multiple fans, the tattoo resembles an anime symbol. Koslow’s tattoo was inspired by the logo of the motorcycle gang Tokyo Manji from the anime Tokyo Revengers.

A supporter also posted a picture of Koslow’s tattoo from his Instagram account, where the boxer had written clearly “#notanazi” on it.

But just having to address the quiet part out loud is perhaps a great sign he should consider lasering it off.

Steven Koslow has one of the most unusual nicknames on the UFC roster. He goes by “Obi Wan Shinobi The Pillow.” Before making his promotional debut at UFC 282, the 25-year-old detailed how that came to be.

Due to his jiu-jitsu skill and a propensity to put opponents to sleep, Koslow’s original moniker was “The Pillow.”

The Florida native acknowledged that he added the “Shinobi” section to reflect his devotion to anime. On his professional debut, a commentator added the “Obi Wan” element, which is taken from “Star Wars,” It has remained ever since.