Julianna Pena had a rough time defending her title against former champion Amanda Nunes. Nunes put on a beating so impressive that all three judges scored majority of the rounds 10-8 for Nunes.

Pena put on a brave face, but Nunes dropped her right as round 2 was starting. Referee Mike Beltran appeared to be contemplating a stoppage but opted against. Pena tried to pressure Nunes but to no avail. When all was said and done Nunes dropped Pena thrice in  just this round.

About half way through she had a giant gash on her hairline – which has a chunk missing. UFC president Dana White acknowledged the damage was so extensive that she would have to get an expert to intervene and prevent scarring.

“White: Julianna has a big chunk missing from her forehead. She’s going to see a plastic surgeon right now, … She got pretty banged up tonight.”

White went on to acknowledge that Nunes was absolutely dominating and dissed Cormier’s ’26 submissions attempted’ take. 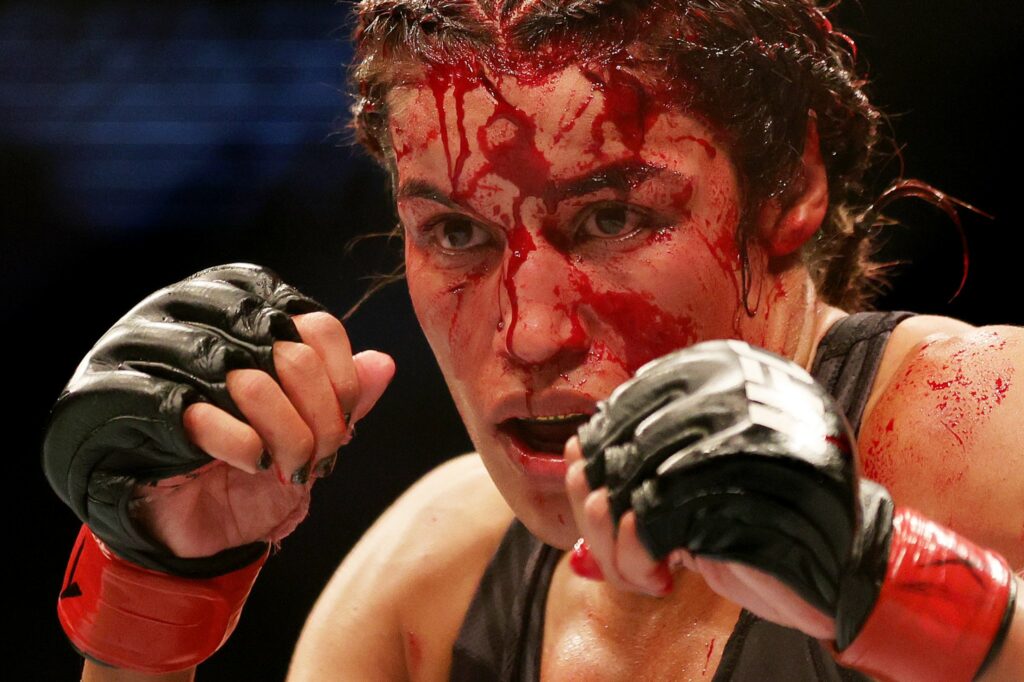 “I thought it was completely dominant. Those five knock downs in the first two rounds,”
“I mean , yeah, she could have she didn’t. There’s a big difference between submission attempts and knock downs. Not even comparable.”

White was next asked “What did you think of Amanda’s performance overall?”
He responded:

“I think that two things: Julianna is tough as nails. And her will to win is second to none. I mean, she wanted to win. You know, I think as dominant as Amanda was, and she was dominant tonight, I didn’t think it was close. Any way shape or form” 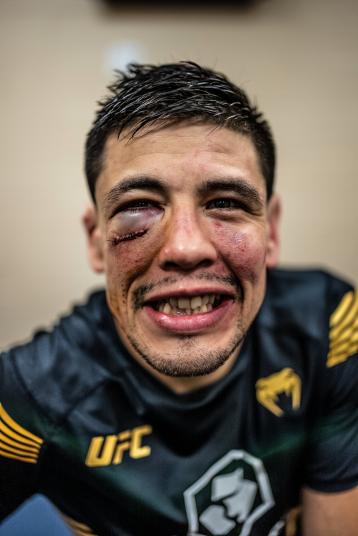 “It was a complete shut out. But she still looked a little gun shy to me, you know, but, you know, going in against the person who beat you the first time I can see that, but I mean, it’s stupid for me to even say that it was absolutely dominant performance.” 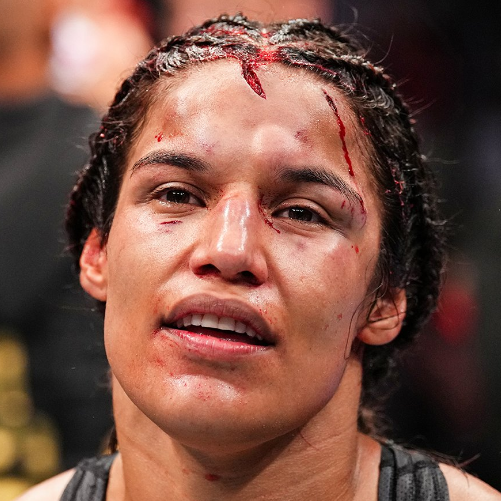 “I think she was concerned about her cardio, probably because when you think about the way that she fought Cyborg she was it goes in and throws tons of punches. She had Giuliana hurt many times, had her on Crazy Legs a couple times and never really went in for the kill.”