Joanna Jedrzejczyk has been one of the unsung greats of WMMA. Where many are timid, Jedrzejczyk went with a brave approach and delighted the audiences. Prior to her MMA career she competed in Muay thai and kickboxing.

34 year old Jedrzejczyk came into this match up from a lengthy layoff. It’s been two years since Weili Zhang and Jedrzejczyk last faced each other at UFC 248 in one of all time great clashes.

Round one was action packed but it was not exaactly balanced – Jedrzejczyk was getting overpowered the entire time.

Zhang went to kick the body, they clinched. But then Zhang opted to try a spinning back fist and landed a spectacular finish.

Joanna subsequently announced retirement saying she was 35 and had wished to become a mom.

After an incredible career, Joanna Jędrzejczyk announces her retirement at #UFC275 👏 pic.twitter.com/bHOzT8HN6w

She’s one of the most beloved females in the sport to date. And this loss is unlikely to change it.

Despite getting faceplanted she seemed fairly coherent afterwards.

Zhang Weili knocks out Joanna Jedrzejczyk with a walk-off spinning backfist. One of the greatest KOs you'll ever see at #UFC275 pic.twitter.com/f5VT4SY5na 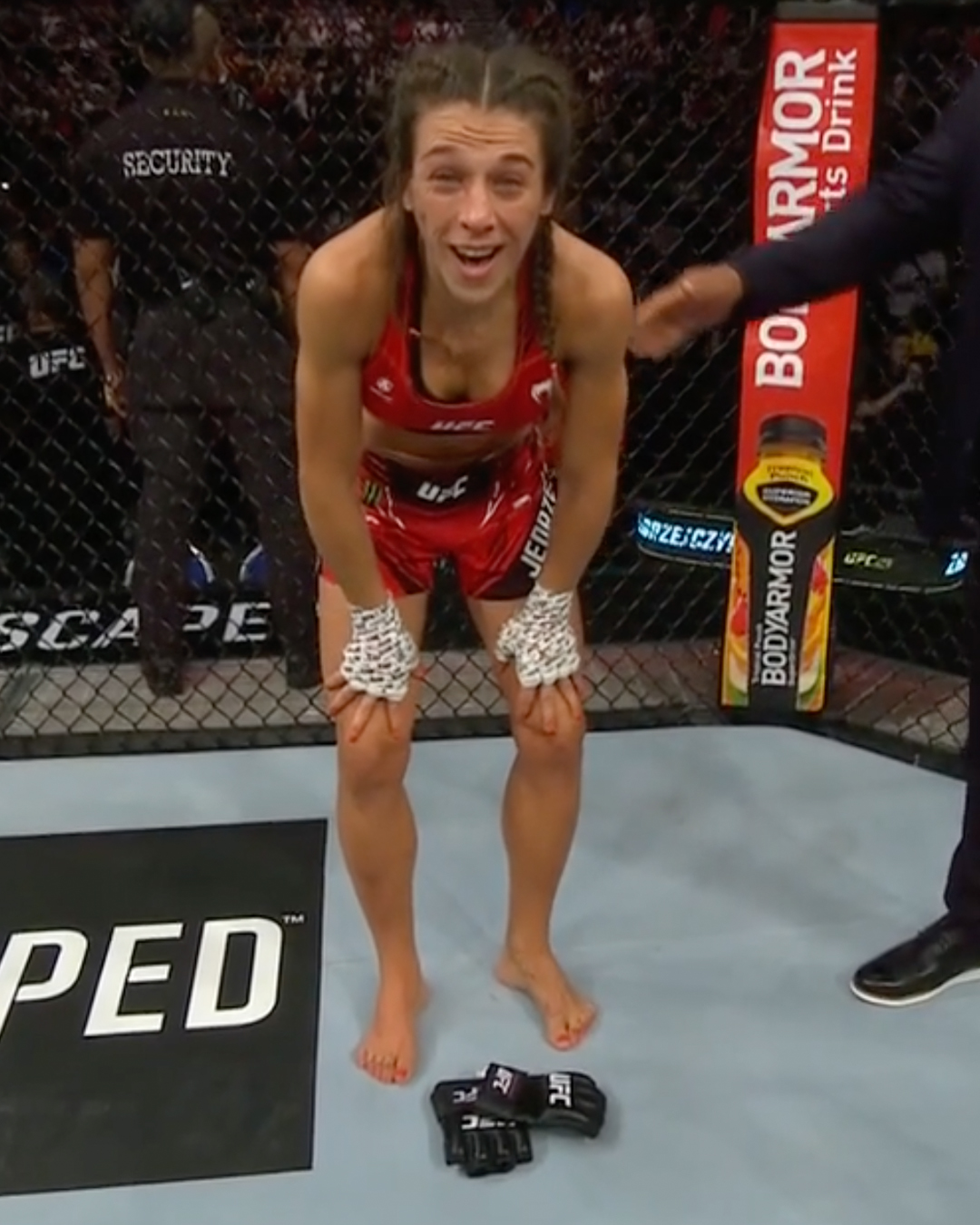