UFC 271 has had several interesting fights already. The event featured plenty of memorable finishes and meme worthy events but this last one is particularly humorous.

Ronnie Lawrence reportedly won his UFC match while beating another worthier opponent – a bad bout of diarrhea. Lawrence fought Leomana Martinez to the delight of the audience. Lawrence and Martinez fought for the full three-rounds – ie 15-minutes.

While Martinez was more precise in his striking Lawrence dominated on the ground with staggering 6 takedowns – out of 7 attempts.

Ronnie Lawrence doing it ALL against Mana Martinez through two rounds! ? #UFC271 pic.twitter.com/yLaQZSIthM

Daniel Cormier: why did you keep going with the take down?

Ronnie Lawrence: I had diarrhea 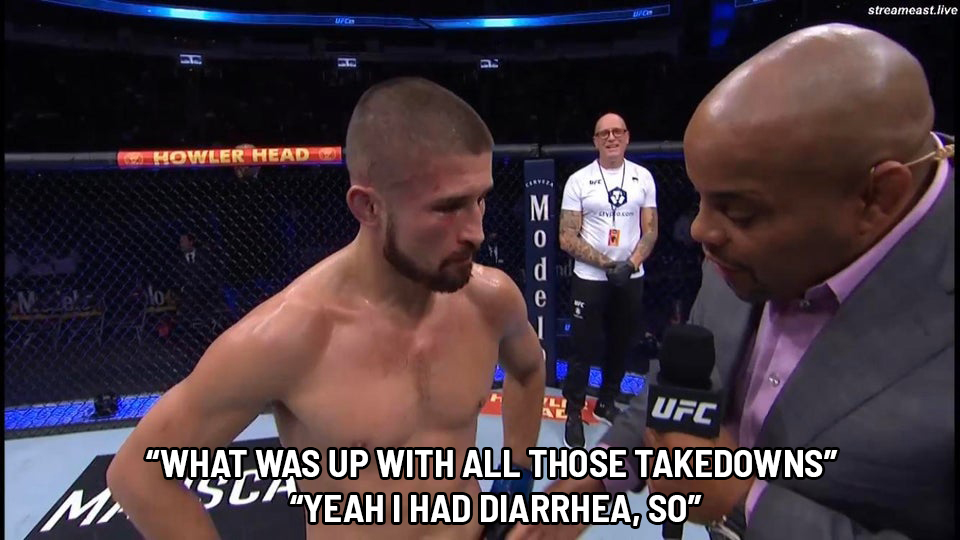 When asked why his strategy was wrestling-heavy, Lawrence said: “I had diarrhea and I didn’t feel so good tonight.”

Cormier was a bit amused at the highly unusual response during the post fight interview.

Despite the diarrhea things were relatively straightforward for Lawrence – hewon rounds one and two while his opponent edged him out in the third.