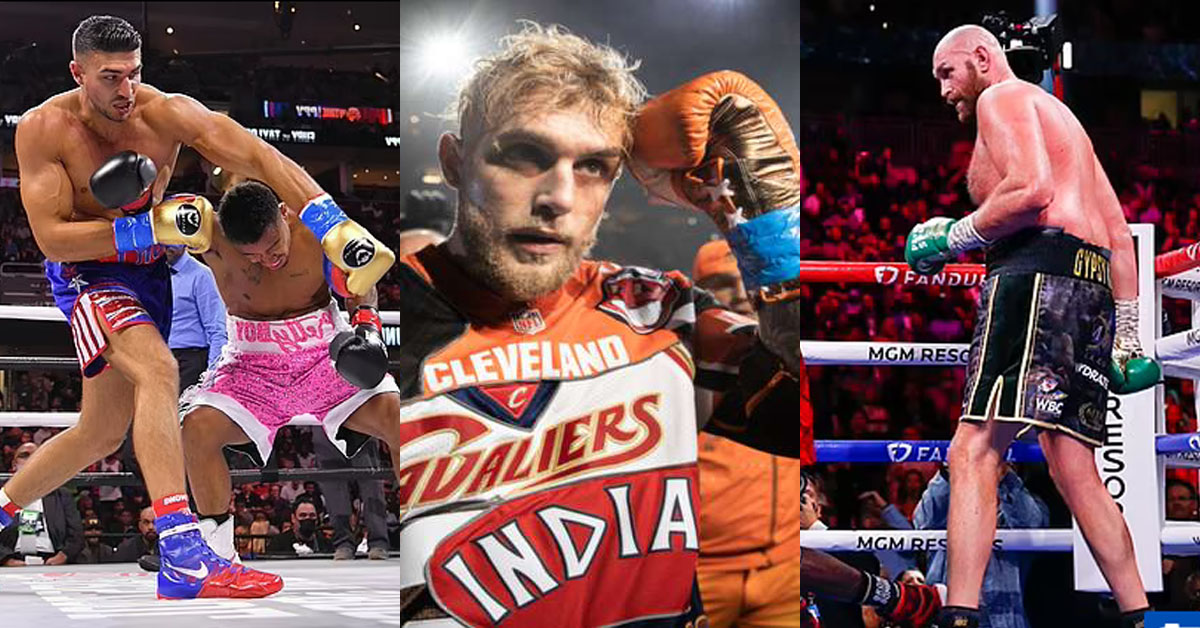 Tyson Fury isn’t ready to let his baby brother lose the family name. According to reports John Fury, father of both light heavyweight prospect Tommy and WBC heavyweight Tyson confirmed the brothers will be training together for the upcoming scrap.

The fight is booked for December 18th in Miami and will headline a Showtime Boxing PPV event.

While Tommy Fury has actual boxing experience – something previous Jake Paul opponents didn’t have he’s also been away from the ring for quite a while. The promising boxer took advantage of a showbusiness opportunity that somewhat stalled his boxing career – he took time off to star in the fifth series of the ITV2 dating reality television show Love Island. Along with partner Molly-Mae Hague the couple finished as runners-up of the series.

The event will be of huge significance for both Paul and Fury – if Paul is to be victorious it will cast serious doubt on Fury’s future in the sport. And if Fury wins Paul will have lost to the only boxer he boxed.

“Tommy knows he’s up against a stacked deck, but he should still beat Jake Paul at a canter. And if he can’t, there’s no way in the boxing world for him,” John Fury told BT Sport.

“It’s make or break, for both men, but it’ll hit Tommy harder because Tommy’s supposed to be a professional boxer. Tommy will work hard, he’ll do what he’s gotta do. Has Tommy got the skill to beat him? Yes. Has he got the power to knock him out? Yes.
“All it is with Tommy – he’s young, can he handle the big occasion on the night? But I’m sure he’s thought about it many times before and he’s got the king of the ring in his corner.

“Tyson’s gonna be in his corner that night. I think Tyson’s flying out there in a few weeks to help him out. Whatever desire he’s missing, Tyson will put there, I’m sure of that.”