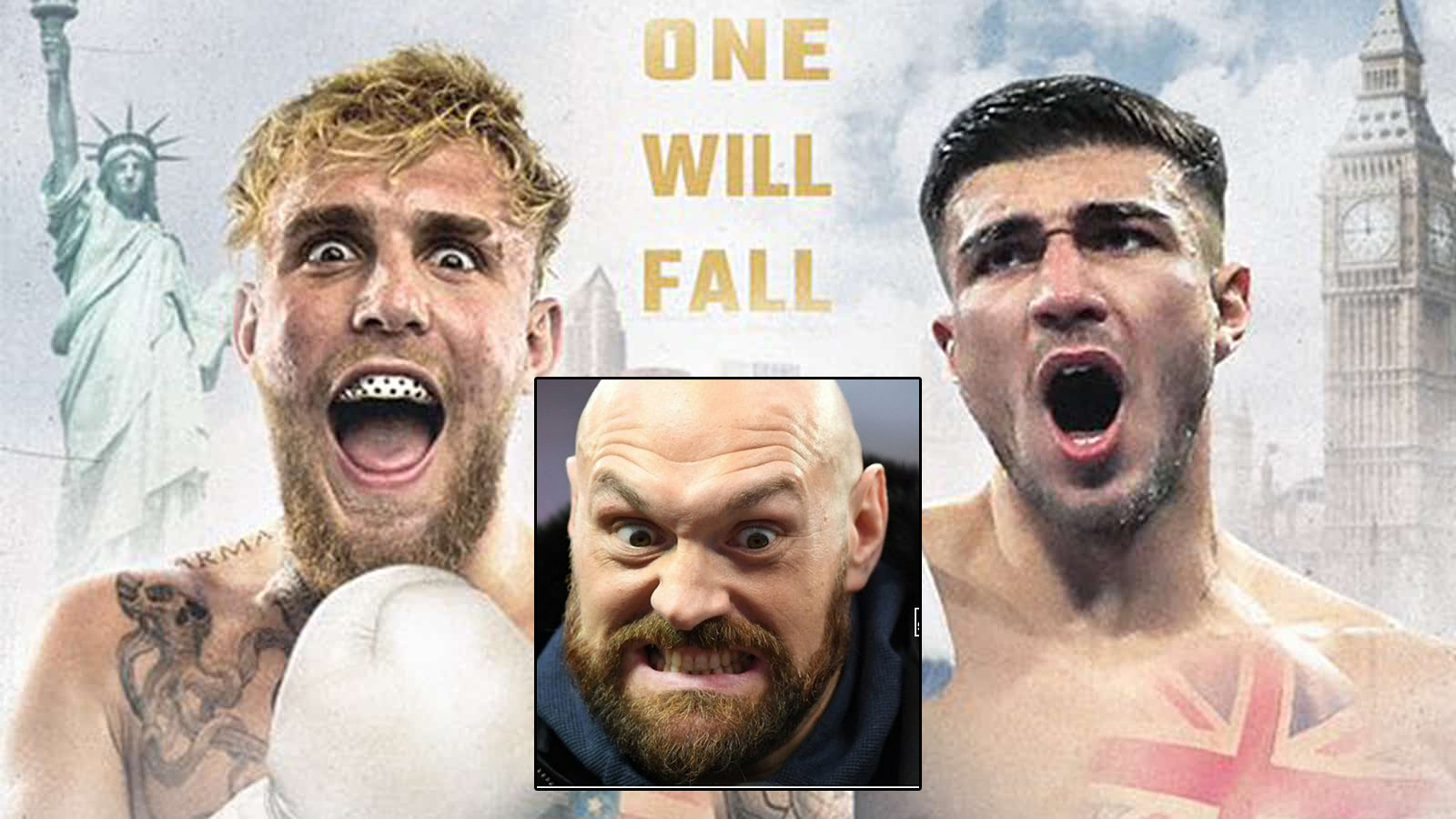 Jake Paul and Tommy Fury have been poking fun at each other harshly since the rivalry started months ago. But their fists will be talking on December 18, 2021. The pair had a special press conference on Wednesday in the UK to help promote their pay-per-view boxing match.

Tommy made his presence with his dad John Fury and his half-brother Tyson Fury while Jake participated through a video call as he was on vacation.

Tommy Fury has been getting trained by his half-brother, world heavyweight champion, Tyson Fury. Tyson has already claimed that if Tommy fails to win against the Problem Child, then he will make Tommy retire from boxing and Tommy will change his name. Jake has suggested a new name already ‘Tommy Fumbles’’.

Both are undefeated in their respective careers. Jake faced Tyron Woodley in his last fight whereas Tommy faced Anthony Taylor. Speaking to Showtime, Tyson Fury said:

‘It’s good, it’s entertainment, it’s two young fellas putting it all on the line and someone’s O has to go.”
‘Poor old Jake Paul is going to get severely knocked out.

‘Jake hasn’t done anything, a few months ago I thought he was good but now I think he’s a w*nker.’
Jake Paul is heavily criticized by the boxing fan for rigging the fights. There were doubts that Tommy is being the huge amount for losing the fight but he cleared out all the fuss and said that it not going to happen.
Even John Fury dealt with some outrageous abuses during the conference. He was furious and looked like he wanted to fight through the TV. John was really upset too before on the action of Jake not opting for an anti-doping test.
Tommy looks confident of flying away with the win. He is carrying the Fury’s legacy and would not let any dent on it. He lashed out on Jake:
‘When you’re getting hit all over the face and your nose and ears are busted, you’re going to look at [Paul’s trainer] BJ Flores and think, ‘What have I done here? I shouldn’t have called him out. Pull me out!”
‘I’m begging you, please don’t retire on the stool. Come out and fight like a man. I wish the fight was tomorrow. I took this away from his fight with Tyron Woodley.
‘The man got a split-decision win. That means you only just won against a 40-year-old retired UFC fighter.
‘My God, well done. Good job mate. You just about beat a 40-year-old man. When you get in there with a fresh 22-year-old who’s been doing this all his life, you’re going to wish you stuck to paying UFC fighters off and basketball players.
‘You should have gone and fought Tiger Woods, not somebody who has done it his whole life because you’re in for a big shock. You’re the one who is going to crumble.’

W*nker is defined as chiefly British slang, usually vulgar : a person who masturbates by the merriam-webster dictionary.