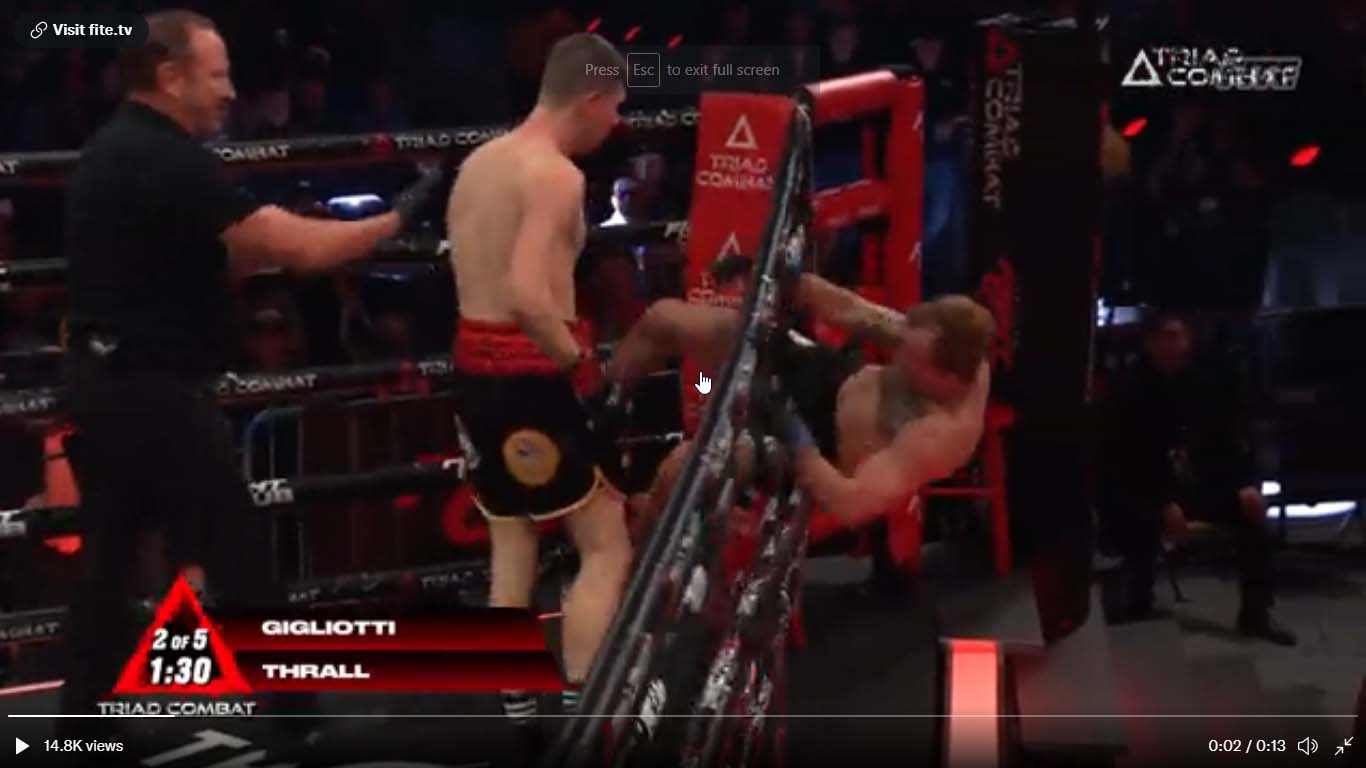 Trying to innovate doesn’t always go well – sometimes you resort to strange adaptations. Triller’s Triangular cage is the perfect example of this. In an attempt to stage a boxing vs MMA type event a compromise was reached so the fights happened in a triangular ring with multiple ropes. This cage didn’t really serve well – besides being a talking point. For one you would often be stuck watching the back of the referee’s head instead of the action, due to shape of the ring. In terms of optics Triad really did remind of 90s arcade games – where you would be forced to navigate with your fighter in a two dimensional plane. For better or for worse – the event was a toss up. But for one person in particular the ring was a particularly detrimental part of the deal.

During the opening bout, Harry Gigliotti took on Jacob Thrall for a scheduled five-round featherweight bout. In the second round of the fight, the bout took a bit of a comedic turn when Jacob Thrall fell out of the ring and narrowly dodged a fall to the floor. Gigliotti subsequently appologized.

He quickly brushed it off – and continued to lose via split decision.