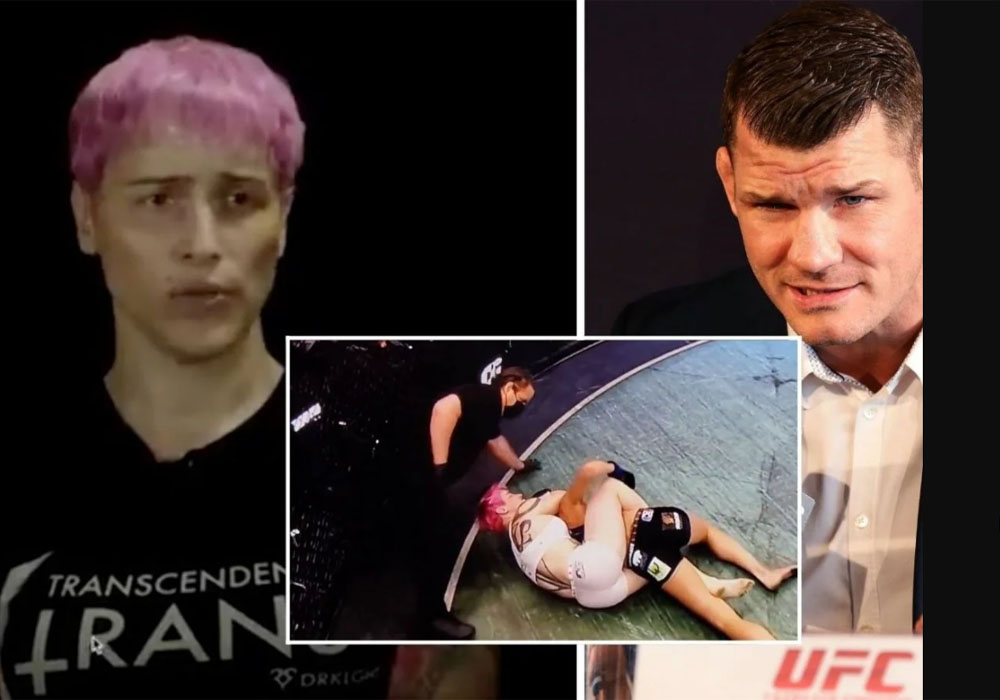 Majority of the MMA community is appalled that Combate Global put on the fight. As a reminder here’s what some current and former professional fighters said regarding the trans woman fighting biological woman in MMA. 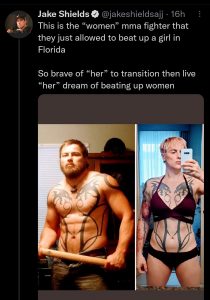 And now Alana McLaughlin herself is responding:

“I will say it’s kind of surreal to see athletes that i watched on tv when i was in the army and, like, when i was younger having opinions on me you know – like – uh Michael Bisping and, and Jake Shields and Demian Maia and like all these all these people weighing in.”

“And it’s like, you know, while I respect them as fighters and I respect things that they did for the sport they don’t know [ __ ] about trans issues they don’t know anything about the actual processes that take place in the body with a hormone replacement like. It’s just people people repeat a lot of the things that they’ve heard over the years without actually doing any kind of real like investigation of it, you know.”

You can watch the full interview with McLaughlin here:

In examining the scientific body of research on this topic it’s relatively hard to find conclusions you can lean on due to a controversial nature. However even a trans researcher agrees that strength based sports might not be the most fertile grounds for practicing inclusion:

“The strength changes that these nonathletic trans women go through are relatively modest, 5-10% and it’s important to know that cisgender men are up to 50% stronger in their upper body than cisgender women.” – Joanna Harper, a transgender woman, runner and researcher.

The same article also shared another interesting perspective from Harper:

Last fall, World Rugby decided to ban transgender women from women’s competition (but not trans men from men’s competition), based on an analysis of weight, height and tackle strength. Their conclusion: even after transition, transgender women are likely to create head and neck forces that pose an unacceptable increased collision risk to cisgender women. “There are some people who say World Rugby is transphobic,” Ms. Harper said. “They’re risk-averse, but they’re not transphobic. They made a serious attempt at coming up with reasonable rules.”

So perhaps it’s easier to liken MMA – a contact sport to Rugby than it is to compare it to endurance sports or something like shooting?