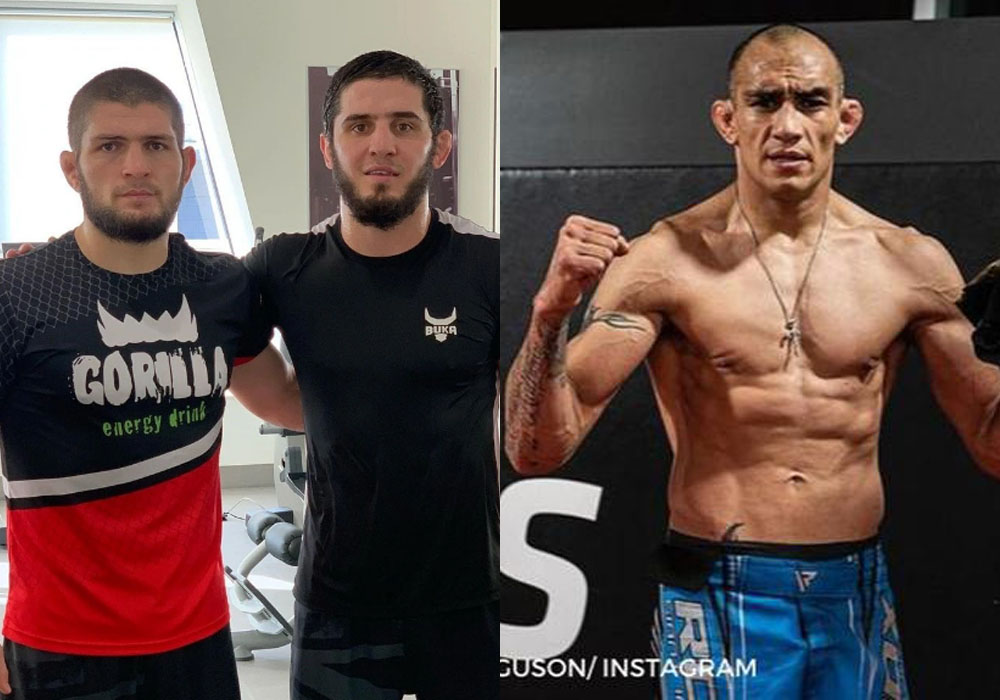 Islam Makhachev found himself in a tough spot after Rafael Dos Anjos backed out of their late October Abu Dhabi match up. With only a month to go UFC set out to look for another opponent – and for the budget Khabib they turned to the infamous Tony Ferguson.

Ferguson has been having a tough time lately with losses to Beniel Dariush and Charles Oliveira that appeared to expose serious problems in his grappling. Prior to that Ferguson had an all out boxing matchup against the tricky Justin Gathje who ended up knocking him out.

Makhachev’s manager Ali Abdelaziz was quick to get at it on twitter: 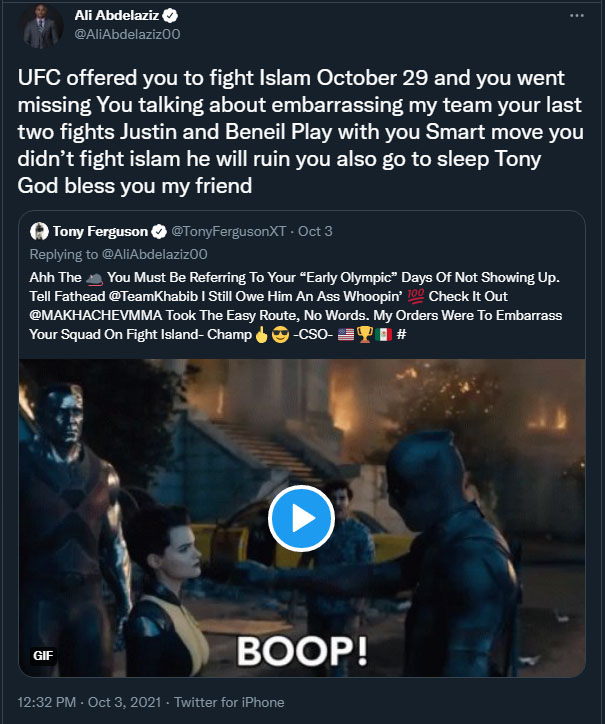 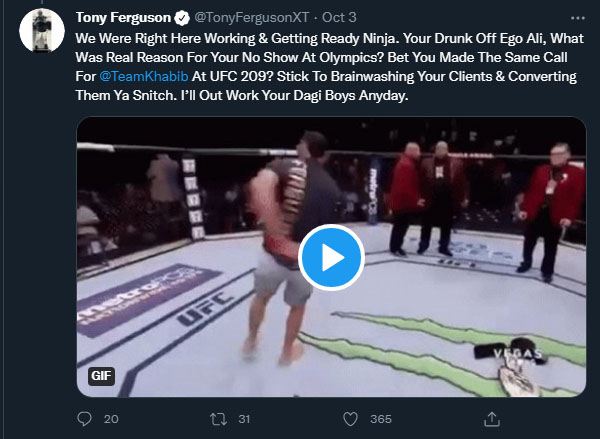 “He’s gone rogue. Just didn’t pick the phone up. No one from the UFC can get a hold of him. That’s what I’ve been told.”