As one of the longtime UFC veterans, Ferguson once had a 12-fight long win streak yet wasn’t given the chance to become the undisputed champion.

The fight for the undisputed championships for Ferguson was actually booked. As we all know Ferguson was announced as title contender several times against the then Lightweight champion, Khabib Nurmagomedov. But the matchup seemed cursed and repeatedly fell apart.

In his latest Instagram post, ‘El Cucuy’ seemingly took a dig at Michael Chandler and the UFC president Dana White. Tony highlighted the fact that the UFC newcomer Chandler was granted a title shot after one fight while he had to bulldoze through the entire lightweight division and still wasn’t offered an undisputed title fight.

In the comment section, two figures that have been renowned to have feuds with Dana White are making their appearance. They are the UFC heavyweight champion Francis Ngannou and boxing promoter, Oscar De La Hoya. 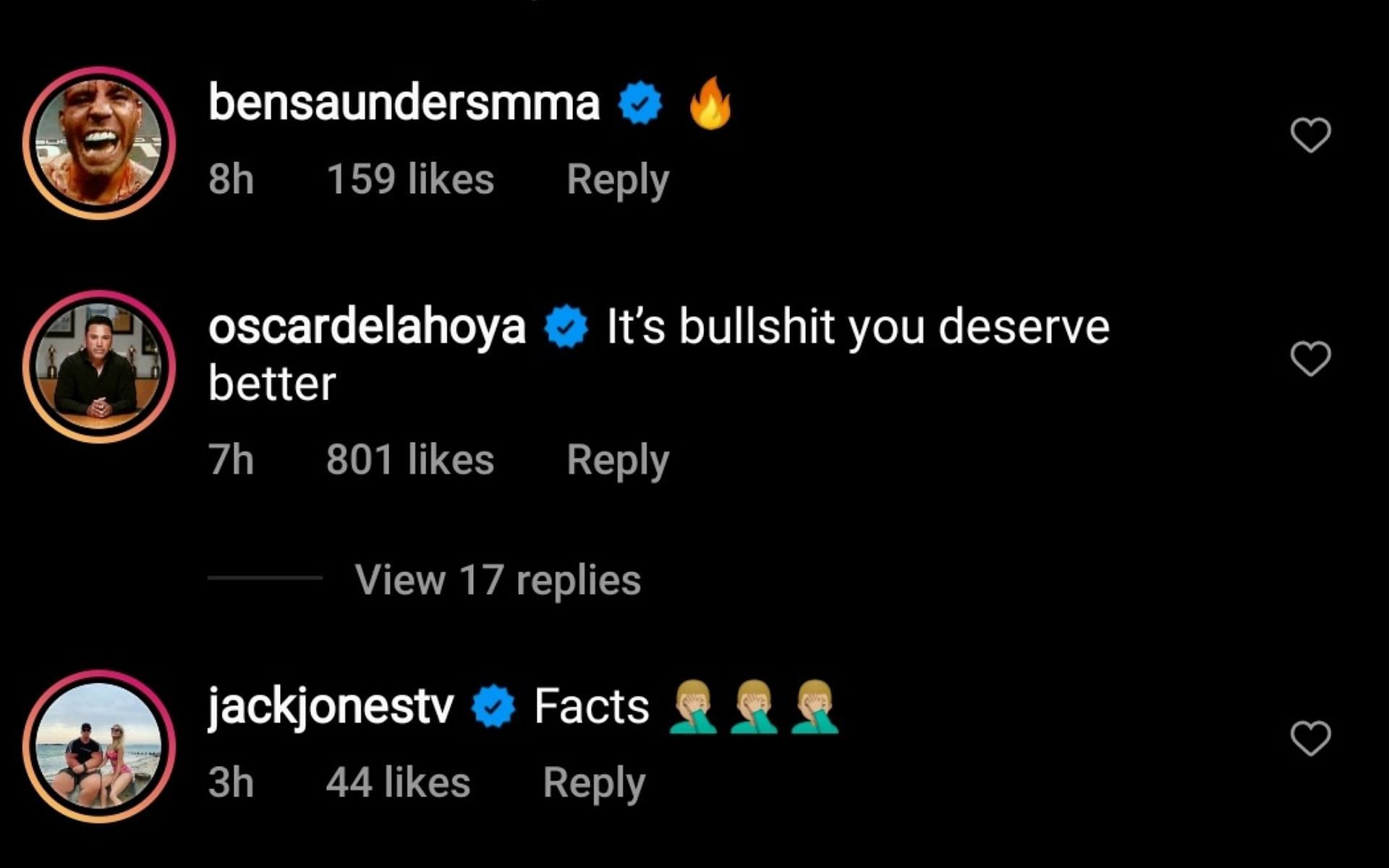 Tony Ferguson’s post is heating up considering a potential matchup between the #7 Ferguson and #5 Chandler had been discussed among MMA fans.

Former UFC champion turned-analyst Daniel Cormier thinks it would be a stylistically good matchup for both fighters.

“I feel like this is the right type of matchup because when you get Oliveira, you get Gaethje back-to-back, these are championship-level fighters. Now, understand that Chandler has championship aspirations but after a couple of losses, you got to take a step back. And Tony Ferguson today, at 37 years old, on a losing streak as he is, is not one of those guys anymore. So a good performance can put him back on where he wants to go.”