Tony Ferguson is now living in a new place. Ferguson has lost four straight with the last being a heartbreaking knockout loss to Michael Chandler in May.

The former UFC interim lightweight champion opted to make big changes after the defeat despite a great first round. He also mentioned a few of the gyms that had been in touch with him.

Ferguson added, “I’ve had ‘Pit Master’ reach out to me – John Hackleman. You have Jackson-Wink, as well. You have Syndicate out in Vegas. You have the UFC P.I. You have many, many people.”

“But I’m ready to be part of a team again. It was only when my team broke up that I felt really hurt that I moved areas, that I moved situations, switched management and all the above. I have to open myself up again to being coached at a high level. Especially in my sport.”

Now, it seems that Jackson Wink left Ferguson with a lasting impression.

Ferguson was welcomed to the gym. He captured video of the staff welcoming him on camera along with striking coach Brandon Gibson on Sunday. Ferguson would respond with a typical CSO remark. 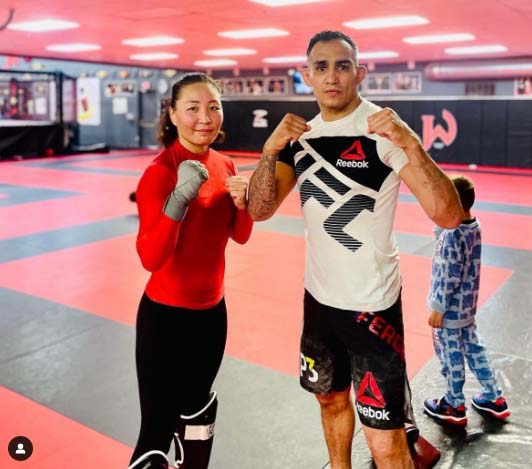 Jackson-Wink has been the previous residence of numerous champions. Some of them include Jon Jones, Donald Cerrone, Alistair Overeem, Holly Holm, Diego Sanches and more. Considering Tony Ferguson’s reluctance to spar in the past it should be interesting to watch.

Jackson Wink has been repeatedly criticized as a gym that turns exciting athletes into boring point ones. To make the relationship potentially more strenuous Jackson Wink is not the gym that will tolerate a lot of kooky behavior. Diego Sanchez was promptly questioned once he brought his former guru into the fold of his long time gym.