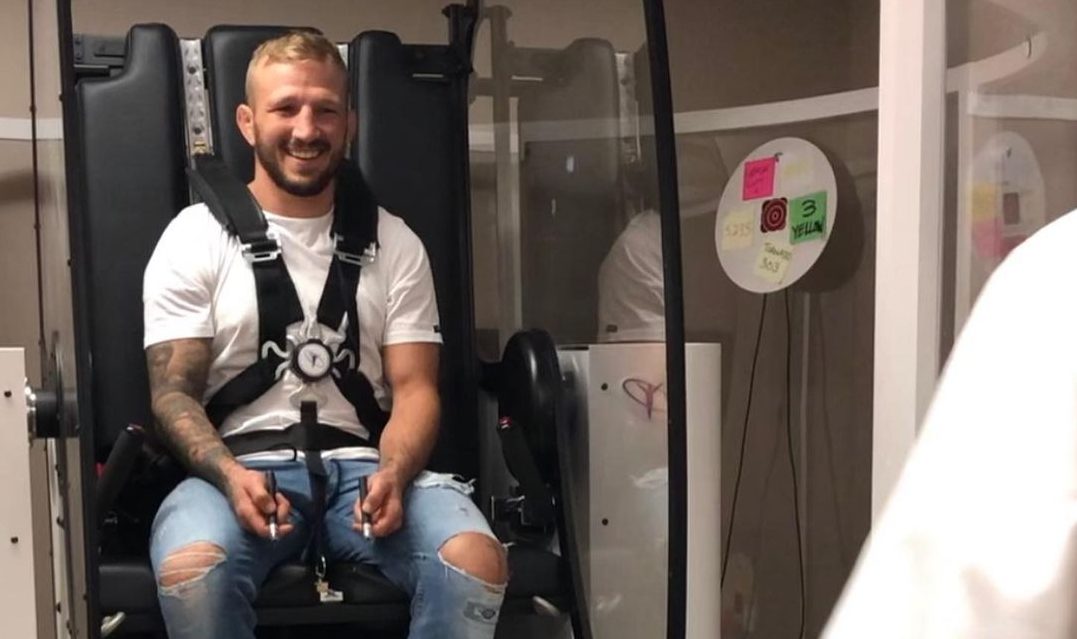 TJ Dillashaw is all about having the edge on his opponents. After all this is why he admitted to taking EPO and served out a lengthy 2 year suspension.

But it seems that after getting burned by chemicals he’s turning toward a different type of training.

Dillashaw enlisted the help of Dr Jeff McWorther for this feat. According to McWorther’s own website:

“From pain management to concussion rehabilitation, McWhorter CNR is the go-to source for cutting-edge, drug-free chiropractic and neurological treatment in the Denver metro area. We intersect with clients at all stages of performance and recovery with innovative tools to help them feel happier, healthier, and pain-free.”

After first receiving his Bachelors of Science degree in Zoology from Miami University, Dr. McWhorter went on to receive both his Doctorate of Chiropractic and Masters of Sports Rehabilitation from Logan University in Chesterfield, Missouri. After graduating and moving to the Denver metro area, Dr. McWhorter has quickly become an innovative voice and an inspiring leader as a top Centennial chiropractor.

What you can infer from these credits is that McWorther, in fact, is not a medical doctor.

As far as training TJ Dillashaw goes, here’s how the chiropractor described the treatment former UFC champion was receiving:

Let’s talk about how brain training and vestibular therapy seen here in @gyrostim with our custom protocols developed by our founder @drjeff_mcwhorter7 help pros like @ufc champion @tjdillashaw take their training to the next level. Proprioceptive awareness, faster processing, and better motor control and reaction time leads athletes like @tjdillashaw to not only perform superiorly, but also reduce the risk factor of a concussion/injury causing impact taking place. Training the cerebellum and vestibular system with this unique approach @drjeff_mcwhorter7 uses, leads athletes to sustain superior function of those areas of neurology throughout their athletic performances.

Gyrostim is a mutli-axis rotating chair used to provide vestibular stimulation. It spins you across multiple planes while you uses lasers to fire at targets placed throughout your field of vision. Controlled by a computer, participants can see strengths and weaknesses, reaction times, and proficiency with hand-eye coordination. In theory anyway, the technique is alleged to be a brain child of Kevin Maher. At the time he was a 52-year old former semiconductor engineer from Colorado Springs –  man desperate to find a way to help his young daughter who has cerebral palsy. Naturally Gyrostim has not been FDA approved.

Maher patented the first GyroStim in 2006. Only six have been built. He made his first sale in 2008 to the Air Force Academy, which wanted one for its aerospace medical research laboratory in Scottsdale, Ariz., to do tests on such things as motion sickness and spatial disorientation. In 2009, he sold his second chair to the Mayo Clinic for $125,000 to use in its research lab. But Maher thought his spinning chair should be in the hands of the medical community, so in 2010 he loaned one to Life University in Marietta, Ga., for experimental use.

But then Maher got in with the wrong crowd. He was now in the field pseudoscience of chiropractic neurology. His device was purchased by a Richard Turmel, DC, a self-described functional neurologist in Quebec.

The GyroStim is deeply entrenched in the world of pseudoscience. Treatments with the GyroStim are alleged to cost $2,500 – $6,000 per week, and the claims made for the treatment are expanding – concussion, cerebral palsy, and even autism.

One cause of vertigo and poor balance is concussion – the brain is traumatized, which can cause diffuse damage interrupting the amount of connections that the brain makes with itself. This can interrupt sensory integration, causing vertigo. Vestibular therapy is therefore a legitimate treatment for the vertigo that results from head injuries.

Considering the lack of credible medical research – it’s unlikely this machine is nothing but a costly replacement for vestibular therapy – which does work in concussion induced vertigo. But it’s unclear if it could actually be a preventative measure. Still that didn’t stop a variety of mma fighters to make fun of Dillashaw’s new hobby/promotion gig. 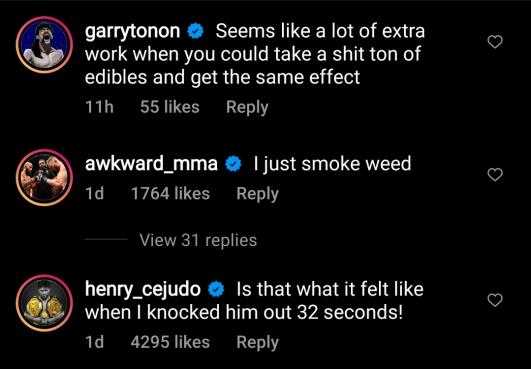 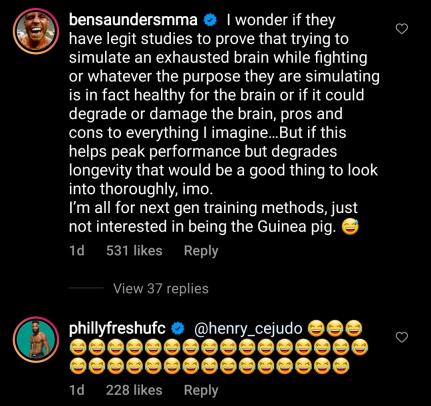