After a very contentious conclusion in 2017, Tito Ortiz has been trying to campaign for another mixed martial arts contest. Ortiz had tried to transition to boxing but following an Anderson Silva induced face plant seems lukewarm on the idea. Earlier this year he went on to say that he’s looking to have a retirement bout this year and even hoped Dana White would bury the hatchet and let him perform at the UFC.

And now the Huntington Beach Bad boy has said that he is willing to give Chael Sonnen “another chance.”

In their last encounter at Bellator 170, Ortiz was able to survive Sonnen’s first attack before managing to land his hooks and win through submission in the opening round. Even though the match ended swiftly, there has been a long-lasting beef between the competitors and their fans on who really won.

The former UFC light-heavyweight champion posted a video of their 2017 bout on social media. He tried to get Sonnen out of retirement and back into the cage.

Ortiz captioned the post: “(Chael Sonnen) never kept his promise. I will give you another chance!” 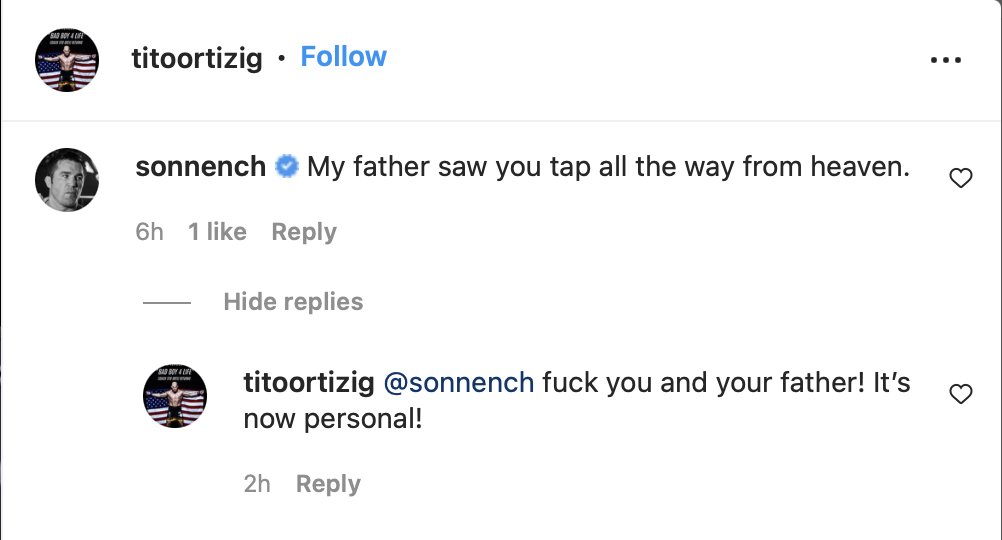 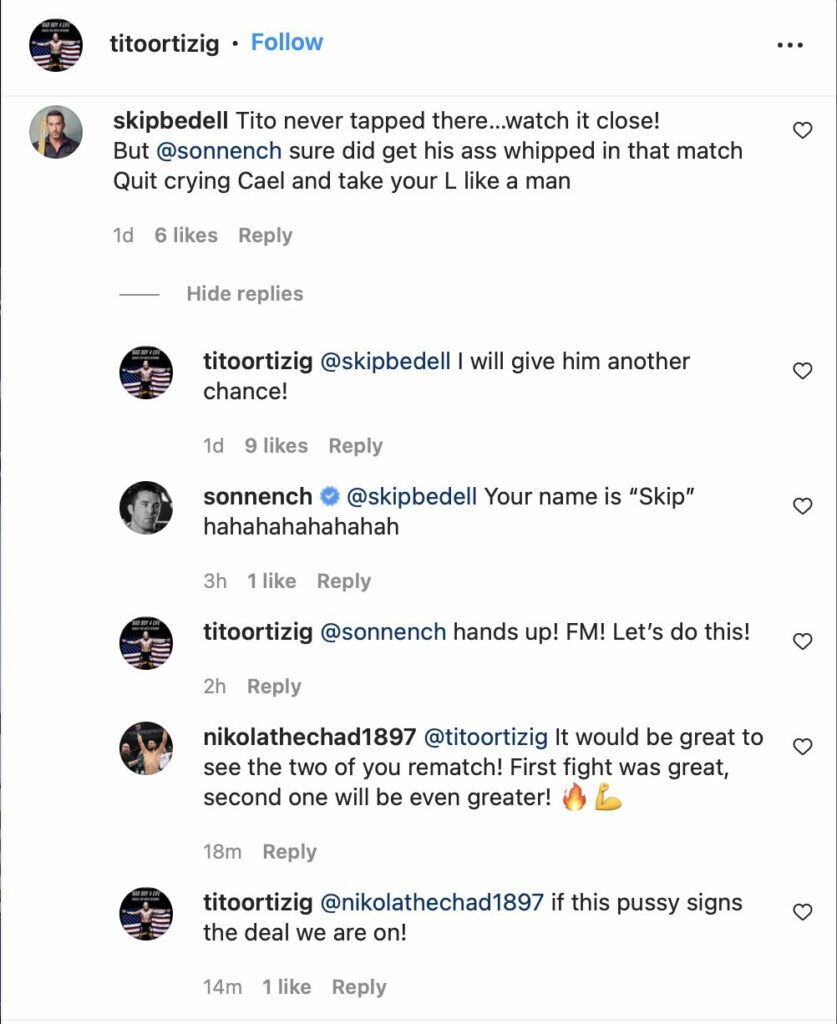 Chael Sonnen made a promise to his late father before their bout in 2017. He vowed that he would defeat Tito Ortiz. Sonnen has freely expressed to the media and his fans the disappointments he has had as a result of failing to keep his word.

Prior to his Bellator debut versus Ortiz, the 45-year-old became emotional in a promotional video.

Despite Sonnen’s inability to defeat Ortiz and fulfill his late father’s pledge, the two remain bitter rivals even in their late forties.

Tito Ortiz acknowledges that his funds have been depleted more quickly than he had planned. The opportunity appears to be a good one for both the fighters.