Tito Ortiz is the gift that keeps on giving. Fresh from his visit to Hawaii to help fellow UFC veteran BJ Penn lobby for political support Ortiz found himself a victim of crime.

On Friday, Huntington Beach Police Department received a call from Ortiz’s home in the morning. The 47-year-old requested a service and reported that someone had entered his house. Ortiz said that he is safe as he wasn’t home at the time of the incident.

It’s still unclear what the thief stole from his house. The authorities are still running an investigation. 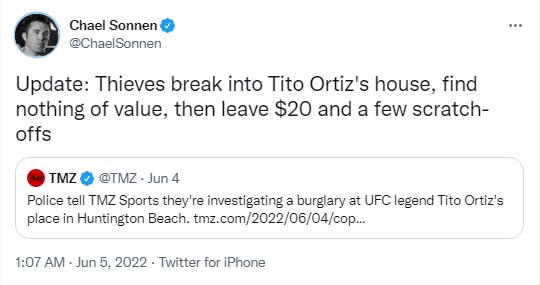 Ortiz was most displeased that this has happened and had floated forming a militia to resolve the issue on social media. 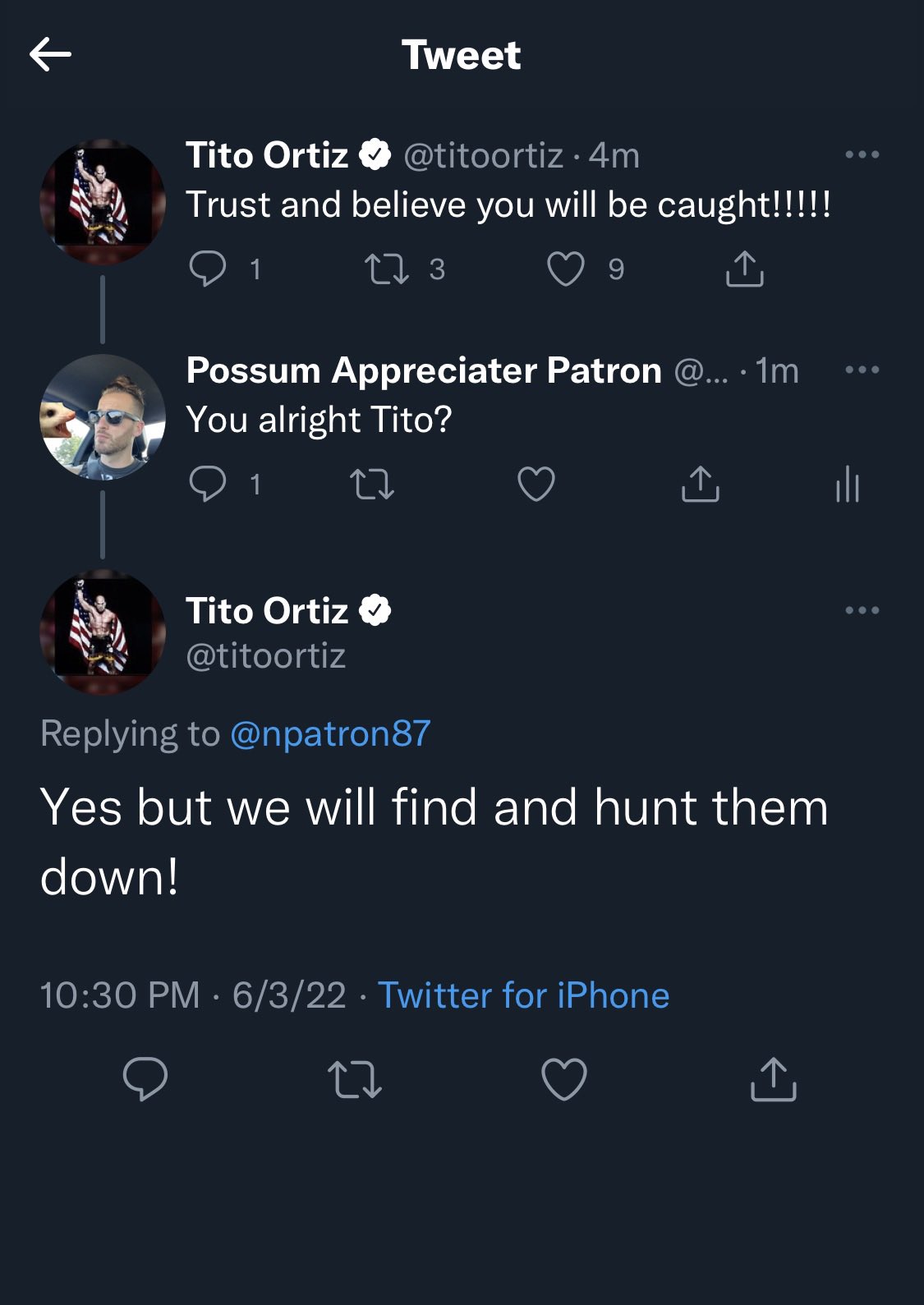