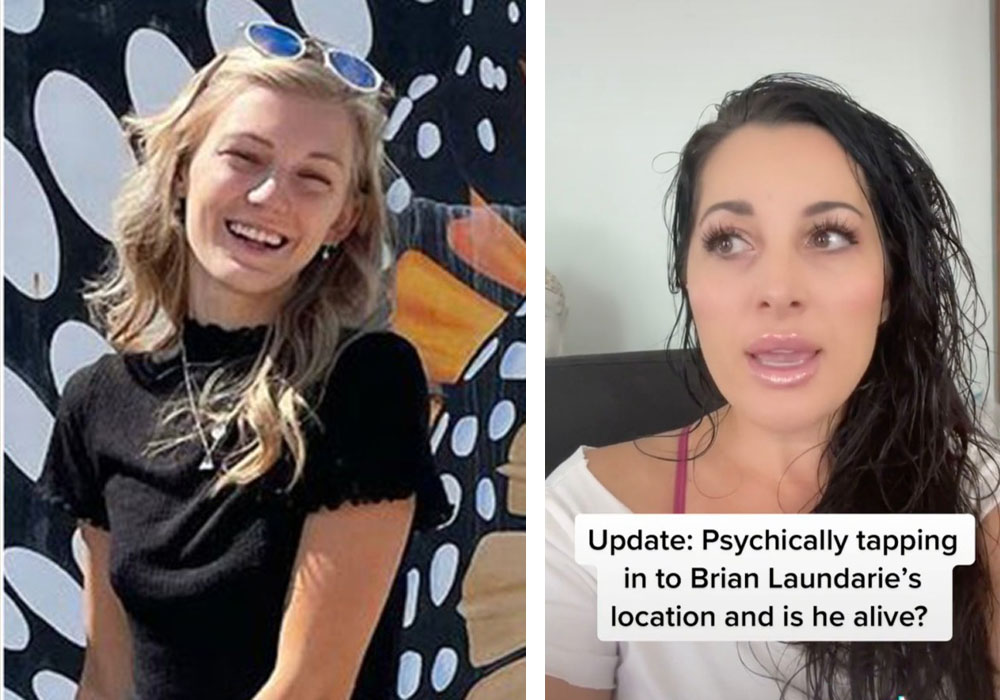 TikTok psychics are the latest to get on the Gabby Petito story. The self proclaimed mediums and spirit guides are vying for the viral attention while spreading conspiracy theories regarding the passing of 22 year old influencer Gabby Petito.

Tiktoks about Petito’s demise – which has been ruled a homicide investigation in the past several days are using the hashtag #gabbypetito and have amassed an estimated 850 million views on the platform. A tiktok search for “medium gabby petito” is even an auto filled search term recommended by the social media app.

Searching for this term delivers dozens upon dozens of self professed clairvoyants weighing in on her disappearance – and what’s not an active homicide investigation.

But in Petito’s case it’s hard to judge social media users for wanting to actively engage – after all it was due to sightings and footage from other influencers that Petito’s lifeless body was even located.

But Tiktok Psychics aren’t helping find the info about the homicide – they appear to be claiming to have insight into the details that are not yet uncovered. This attempt to capitalize on the media trend of reporting on Petito is leading to baseless theories that even if proved to be untrue keep on going and corrupting the perception of millions of people.

One prominent medium said she started having visions about Petito and her former finace Brian Laundrie sometime last week. The practicing medium filmed a tiktok where she spreads her own theories about Laundrie’s role in Gabby’s disappearance.

“I know this is vivid and sad,” Ferro said in the September 16 TikTok. “I really hope they find her.”

Ferro seems to be none too pleased about the media catching up to her exploiting the trend either having shared the following:

And this lady is far from the only one. All while the mainstream media seems to be unaware of the vacuum they created: