Joe Rogan found himself on the wings of another controversy just after he barely made it out of the Covid-19 disinformation bouble. The prolific podcaster found himself in hot water once the compilation of him using the N word over the years went viral.

Rogan promptly issued a statement saying that the use was “in context” and was frequently quoting black comedians or Tarantino movies:
“There’s a video that’s out, that’s a compilation of me saying the N word. It’s a video that’s made of clips taken out of context of me have 12 years of conversations on my podcast, and it’s all smushed together. And it looks f–king horrible, even to me. Now, I know that to most people, there’s no context where a white person is ever allowed to say that word, nevermind publicly on a podcast. And I agree with that.”
This prompted hollywood superstar Dwayne The Rock Johnson to pull his support.

Thank you so much for this
I hear you as well as everyone here 100%
I was not aware of his N word use prior to my comments, but now I’ve become educated to his complete narrative.
Learning moment for me.

Mahalo, brother and have a great & productive weekend.
DJ” 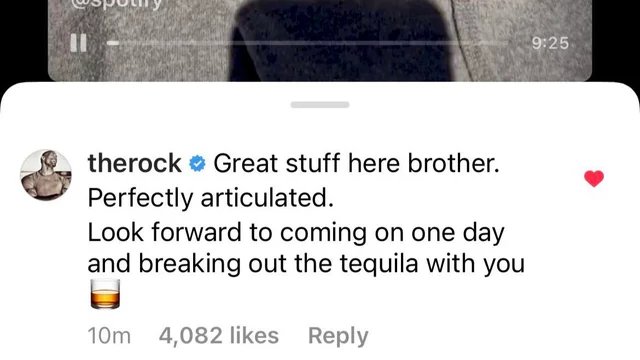