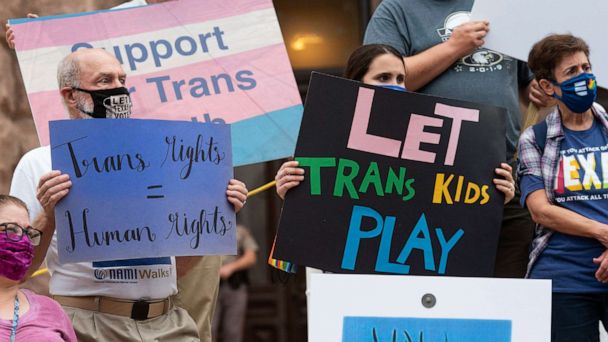 The State of Texas voted 76-54 to pass the controversial H.B. 25 this past Thursday.

“Biological males, in addition to having much higher testosterone levels, have many other physiological advantages that girls just cannot overcome.”

This bill will effectively exclude transgender college students from participating in sports with their chosen gender. Several advocates expressed their displeasure with the bill:

“Texas lawmakers voted today to deliberately discriminate against transgender children,” Adri Perez, policy and advocacy strategist at the ACLU of Texas, said in a press release. “Excluding transgender students from participating in sports with their peers violates the Constitution and puts already vulnerable youth at serious risk of mental and emotional harm.”

“There is no evidence that transgender kids pose any threat,” Perez said, adding, “Trans kids and their families deserve our love and support — they’ve been fighting this legislation for months. Texans will hold lawmakers accountable for their cruelty.”

The bill is likely to pass in Texas Senate – where it’s headed next. If passed through Senate and signed into law it would require that all students play on teams based on the gender assigned on their birth certificate.