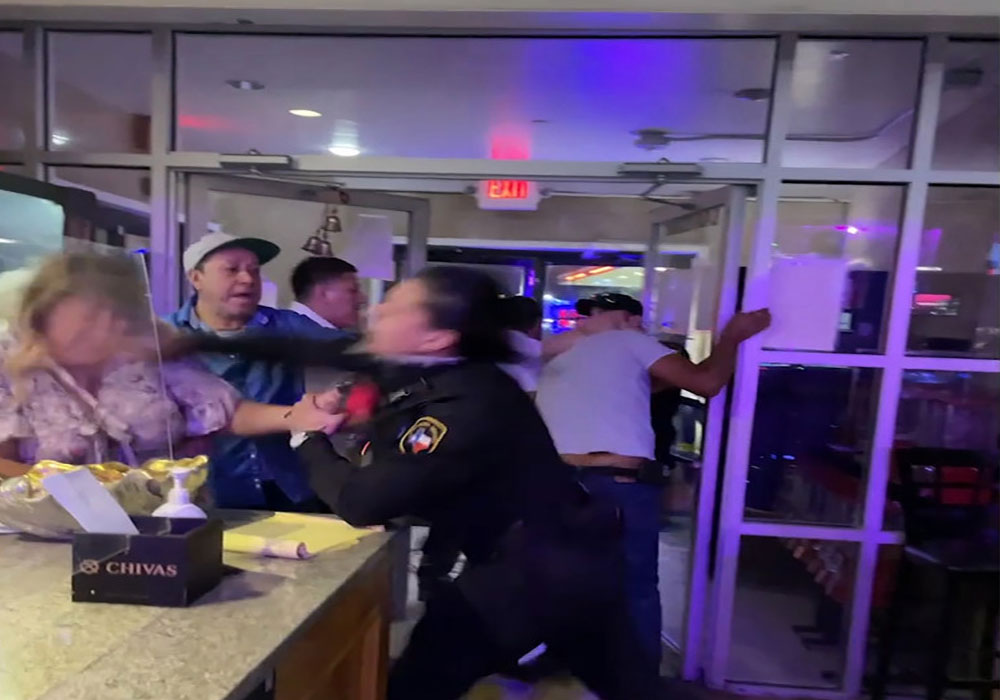 Texas Female Security Guards appear to be built of different cloth. Recently a viral video surfaced of a guard who had no trouble managing the randy crowd in one Mexican restaurant.

The video is said to have been filmed this past Sunday. It shows a long haired guard – who appeared to be bearing arms and wearing a protective vest – as she started throwing hands with a man – and following that up with a muay thai style kick for good measure.

The incident didn’t stop there either – after that a blond slightly overweight woman tried to intervene in the Dallas scuffle by stepping forward to hit the guard with her phone in the hand. However the female guard was quick to rebuff this assailant as well.

The video had been viewed thousands of times.

The video creator, has according to reports, said the incident started before he started filming and there were more strikes exchanged in total.

The cameraman explained that the video depicts the guard trying to throw out a hammered man – just for the woman with him to start swinging at security.

Dallas police corroborated the account saying that a man was issued a citation for public intoxication and given a criminal trespass warning. There were no reports of warning for the guard, who was not identified.

The restaurant El Pulpo in Dallas was reluctant to release a statement.