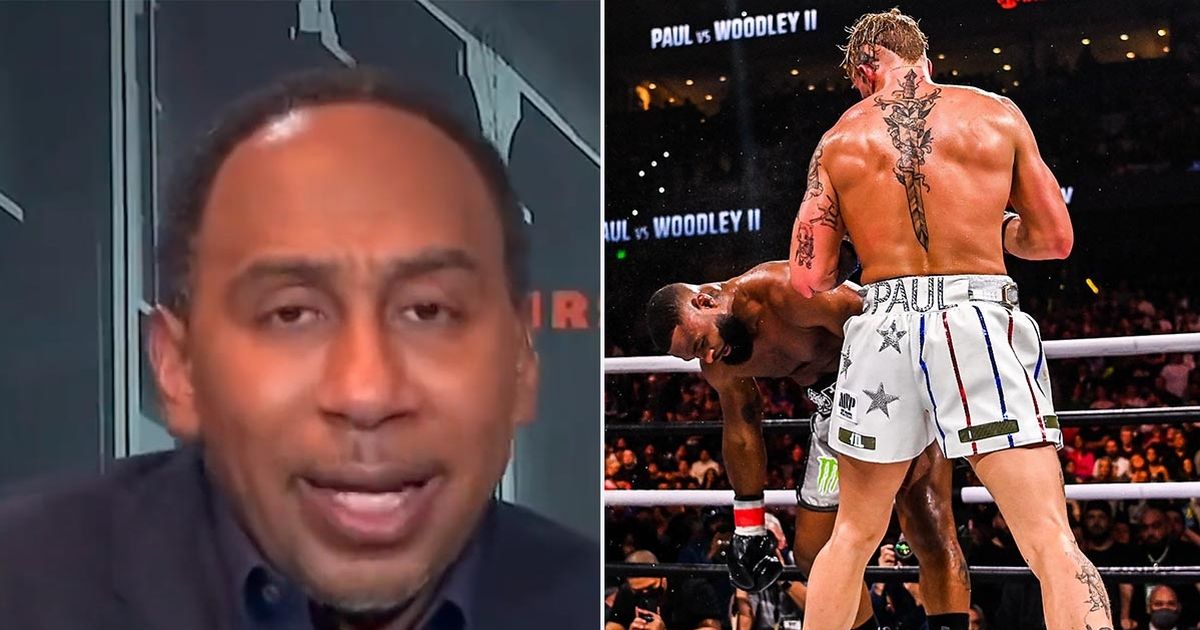 ESPN’s Stephen A. Smith specializes in bad takes. Smith transcends sports – his bad takes range from basketball all the way through NBA.

But it seems that Smith is branching out to boxing in 2022 and for once he might actually have a point – mostly because others have made it before him. The ESPN personality recently shared that Jake Paul cannot ‘get away with lying’ in regards to his boxing career.

Paul’s record currently stands at 5-0 yet none of his opponents were professional boxers.

The first boxer he agreed to fight was Tommy Fury – and Fury pulled out due to a broken rib and a chest infection.

‘Tyron Woodley had the power to knock you out; sure, and he’s knocked people out before. But he’s a wrestler.

‘You’re not fighting boxers. And somewhere along the way, people gotta stop walking around, laughing and acting like it’s alright for you to be beating up on cats that don’t box, while you’re calling yourself a boxer.’

.@jakepaul can’t get away with lying anymore! pic.twitter.com/XsyP1CKSjL

Curiously Paul has listed many boxing names on his bucket list of people he would like to box.

And yet after his last KO he called out Jorge Masvidal and Nate Diaz. It remains to be seen what Jake Paul makes of his boxing career, pretty much the biggest thing he’s proven thus far is that he can sell PPV tickets like hotcakes.