UFC Vegas 60 lacked star power but made up for it with, well blood. Both main and co-main event featured major cuts that threatened the outcome of the bout.

A large gash on Yadong’s forehead, just above his eye, was caused by a glancing elbow from Cory Sandhagen in the middle of the round. Blood spilled across both competitors when they briefly clinched.

The cut would spell ending for Yadong – because he was deemed unable to continue. Song Yadong was unable to see out of his cut eye and after the doctor had finished examining him it was the end of UFC Vegas 60 main event.

UFC bantamweight top-contender Cory Sandhagen talked about his showdown with Song Yadong last weekend. ‘The Sandman’ expressed how  special  Yadong was even with all the nasty damage he received.

Cory Sandhagen fell on his knees after learning that his match had to end this way. Both athletes showed respect to each other.

But just over a week after the cut is nothing short of a memory and a smear on Yadong’s record. Thanks to the remarkable work by the medical staff there’s not even a scar in sight. 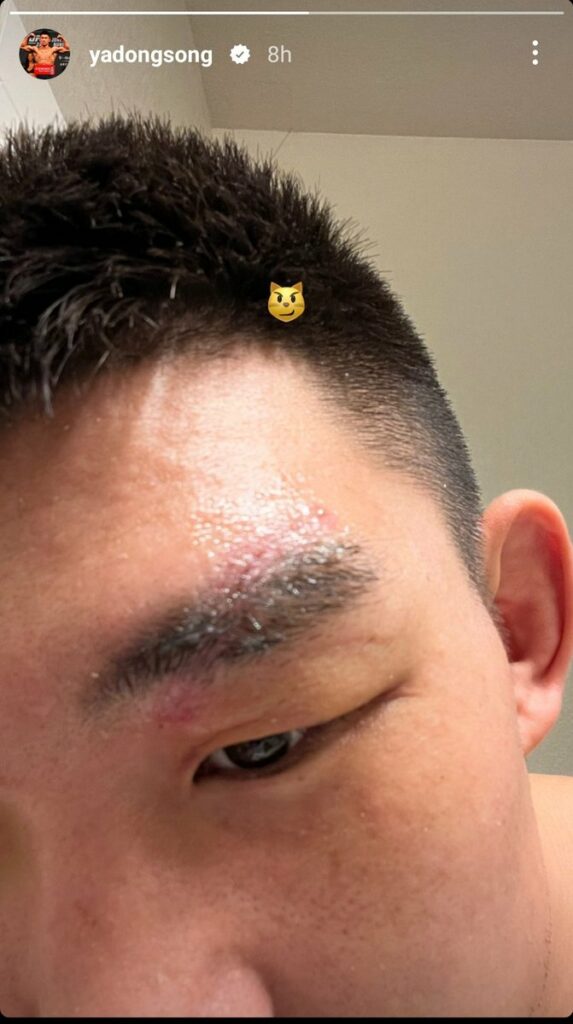