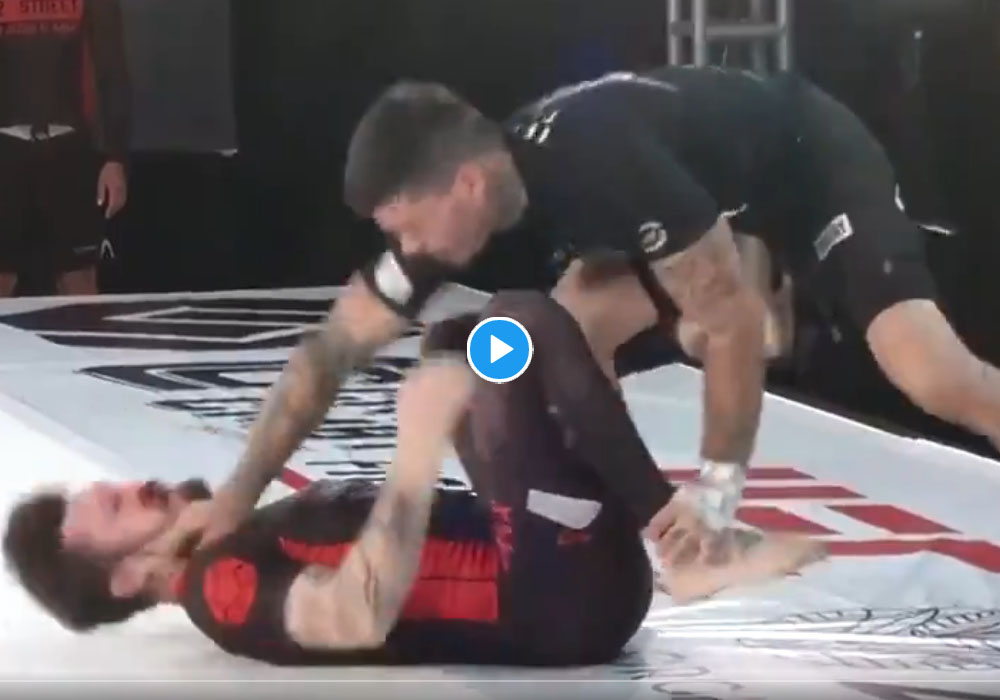 Eddie Bravo has put on plenty of events for UFC Fight Pass- but over the last weekend the event featured something you don’t see every day a slap KO.
Combat Jiu jitsu made its debut long time ago but it had a somewhat mixed reception. However clips like this latest one are a solid argument for why it might be here to stay.
Carl Boudro (Honu BJJ) TKOS Mikey Gonzalez (Caio Terra Association).

Oddly Mikey Gonzalez didn’t end up going further – he forfeited his spot due do being unable to continue because of eye poke damage he suffered earlier in the match up.

The champion made no fanfare tho – this latest slap TKO is only the 2nd to ever occur at the events. You can watch the first ever below: