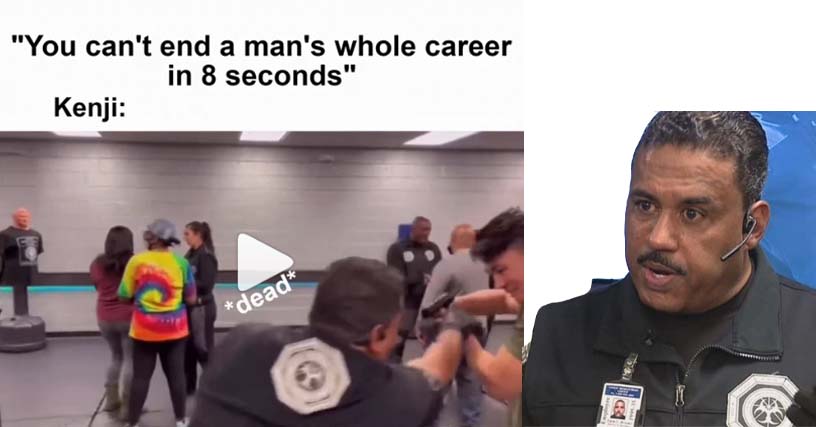 We’ve previously written about self defense ‘expert’ Commander Dale Brown. Commander Dale Brown boasts of a military background repeatedly in other interviews. But contrary to what you might think – he didn’t just start the “urban survivability” business. According to reports Brown started “helping people protect themselves” back in 1994 – and according to his own website founded Threat Management Center around 2000. Now he’s an international superstar considering how many views he has on youtube and tiktok.

But the expert recently ran into some trouble while doing a demonstration of his technique.

When the public noticed the fail Detroit Urban Survival Channel put out the following explanation:

Dale Brown might be trying to cash in on the virality of his movement. He was even spoofed on SNL recently – it doesn’t get more mainstream than that.