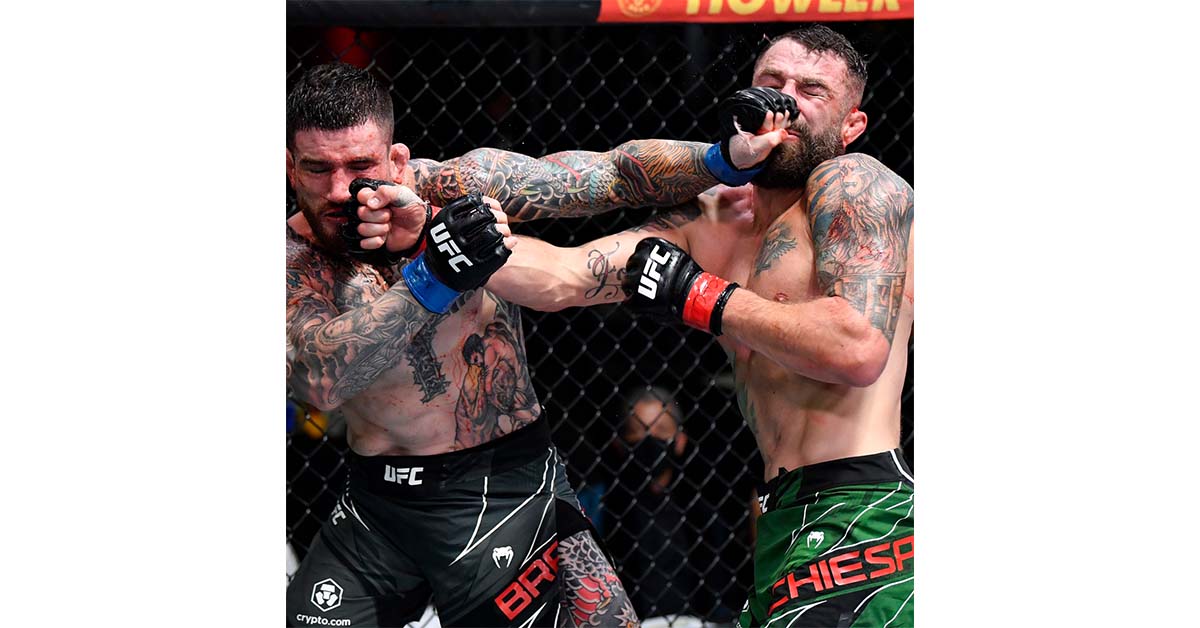 Sean Brady had made some major progress in the UFC welterweight rankings with his latest performance. He is currently unbeaten with a record of 15-0 in MMA and climbed to #8 from #14 in UFC welterweight rankings. He fought against Michael Chiesa at UFC Vegas 43 on the undercard. Brady won by a unanimous decision, but it could’ve cost him his life.

Talking to Luke Thomas on YouTube channel Morning Kombat, Brady revealed the health issue he had faced during the fight vs Chiesa. Brady absorbed a nasty cross that landed on his face in the early phase of the fight. The perfect hit broke his nose and he had to endure it for the rest of the 15 minutes.

“What really bothered me is I broke my nose two times within my career,” Brady said on Morning Kombat. “One of the title fights I had, I was getting ready, with seven weeks out. I was going for a kimura on a guy and he actually tried to buck me off of him. When he tried to do it, his knee came up and mashed my nose. So I always have problems when I get touched in my nose. It bleeds.”

“The blood is literally just pouring in the back of your throat,” Brady added. “So, while you’re trying to breathe, you’re choking on blood, you’re trying to swallow blood at the same time.”

Blood continuously pouring into the trachea is dangerous. It’s like going toward a gradual death. The wrath of Chiesa and the health issues almost put an end to Brady’s win streak. But Brady survived and did enough damage to Chiesa that helped him grab a win from judges. Former CFFC welterweight champion further added that he will get his nose fixed now so that he can continue to be successful and make his way to the top for gold.

“I’m actually going to get my nose fixed this time around. The UFC’s setting it up for me that I can get it cauterized and get some other stuff done. So, I don’t have to deal with that anymore. So it’s something that I needed. I needed to do it for a while and I just never did it.”