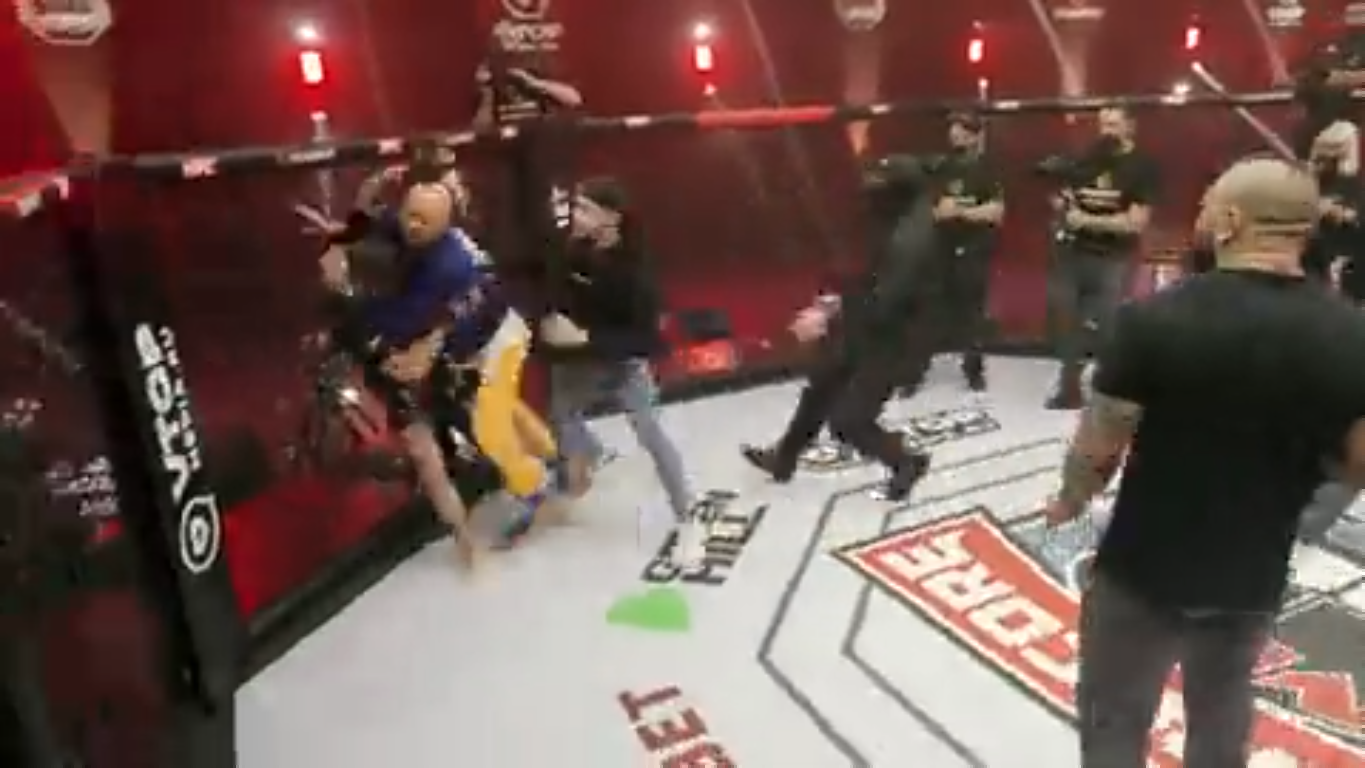 The fight between Dmitry Klimov and Nazir Kishukov ended in 1st round via submission. Klimov made his opponent scream out in pain with an armbar.

After the fight was over, a stranger came up to the cage and challenged Klimov. It was unclear whether he is from the Kishukov corner or not.

In the video, both share a harsh exchange. As a result Klimov gets furious. He then decided that the best way to finish this trash talk is to hit him up with a mic. And to make matters worse he delivered a final blow with a vicious kick on the head.  The chaos took place in the cage and immediate intervention was made by the officials.

It was a kind of warning shot. It is uncertain that Klimov targeted for a body shot or the head.

The incident itself portrayed the vision of the promotion. The brutal leg kick was perfect and could have been a significant strike if it had been a fight.

If you visit the Hardcore Fighting Championship Instagram page, they not only inspire the AEW style of stunts, but they are building on it.