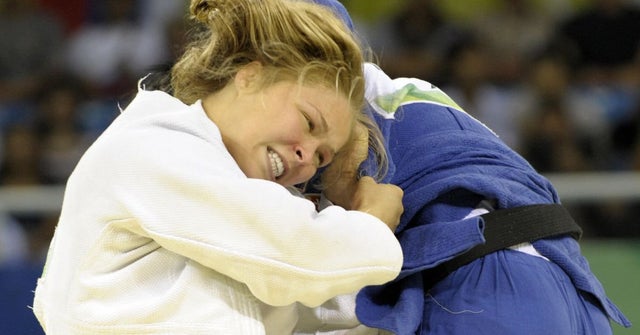 Ronda Rousey welcomed her first child in 2021. Her path to parenthood was delayed by the traumas she carried her whole life.

In many ways Rousey was the first ever superstar in the World of MMA. During the course of her career she defeated Miesha Tate, Sara McMann, Cat Zingano and many others.

Recently a Netflix documentary on Rousey was released. It’s called Through My Father’s Eyes: The Ronda Rousey story.

It was widely known that Rousey had combatted extreme poverty to pave the way to a Judo Olympic bronze medal. What is less known is that her father had suffered from a rare disease known as the Bernard-Soulier syndrome. The condition affects the way blood clots when someone is injured. Platelets in the affected patients are unusually bigger than usual and are fewer compared to a healthy individual.

As luck would have it, her father had been in an accident while sledding resulting in him getting a very serious injury to his back. This in turn meant he would be reliant on hospitals and had spent much of the last several years of his life in and out of one.

However it was very hard for him to see how much of an effect this was having on his young family.

Talking about that, Ronda said,” There was like, this one pond we used to go out to and skip rocks in all the time. And he went out there one day and put a hose in the exhaust and killed himself. And then, you know, I was eight, and I didn’t even know he was dying up to then. ”
This, in turn, led him to commit suicide.

“Pretty much all the time that my dad was alive. Everyone was that I remember–everyone was lying to me. I thought he was fine. He was dying in front of me the whole time I knew him.”

Rousey would go on to compete in judo for years but the key to her success was in the UFC. There she became the biggest star of a new division in a startlingly short period of time. Rousey’s estimated net worth is $13 million in 2021.