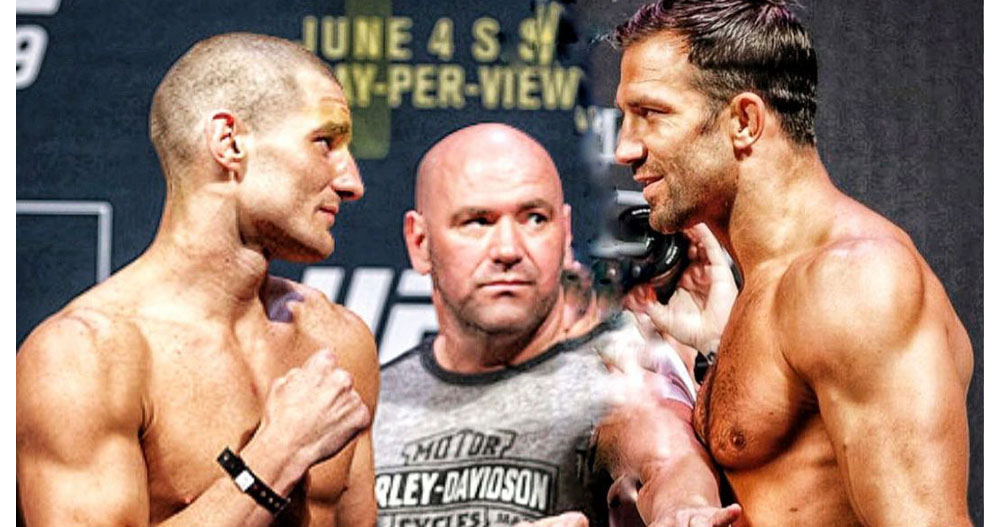 Sean Strickland has made it his goal to Colby Covington it up to the top of the Middleweight division. In latest stunt the UFC up and comer Strickland has threatened Luke Rockhold in the even the two run into another in a parking lot at RVCA after Rockhold called him an effin’ idiot among other things.

It’s interesting to note that Strickland had already been at the center of controversy at RVCA – following an unfriendly sparring with Orlando Sanchez.

“I’m going to run into you at RVCA. If I see you in the parking lot, I’m going to walk up to you and smack you in the f–king face. And you seem like the kind of p–sy that runs his f–king mouth and gets hit and then calls the cops. But you’re such a smug, c-cky motherf—er … I will take a misdemeanor charge just to smack you and watch your f–king head bounce off the ground.”

The follow up with the juicy threats of course got deleted.

“Him saying that he wants to kill people in the ring, what the f–k are you talking about, dude? He is the one that needs to die himself. Then you want to talk about the parking lot — coming after me. MOTHERF—ER, YOU COME AT ME, YOU TOUCH ME IN THE PARKING LOT, I’LL BE THE ONE IN JAIL. I PROMISE YOU THAT, AND YOU’RE THE ONE PEOPLE WILL HAVE TO QUESTION IF YOU’RE EVEN F—ING ALIVE.”

Strickland and Rockhold are fighting November 5th in a main event bout.