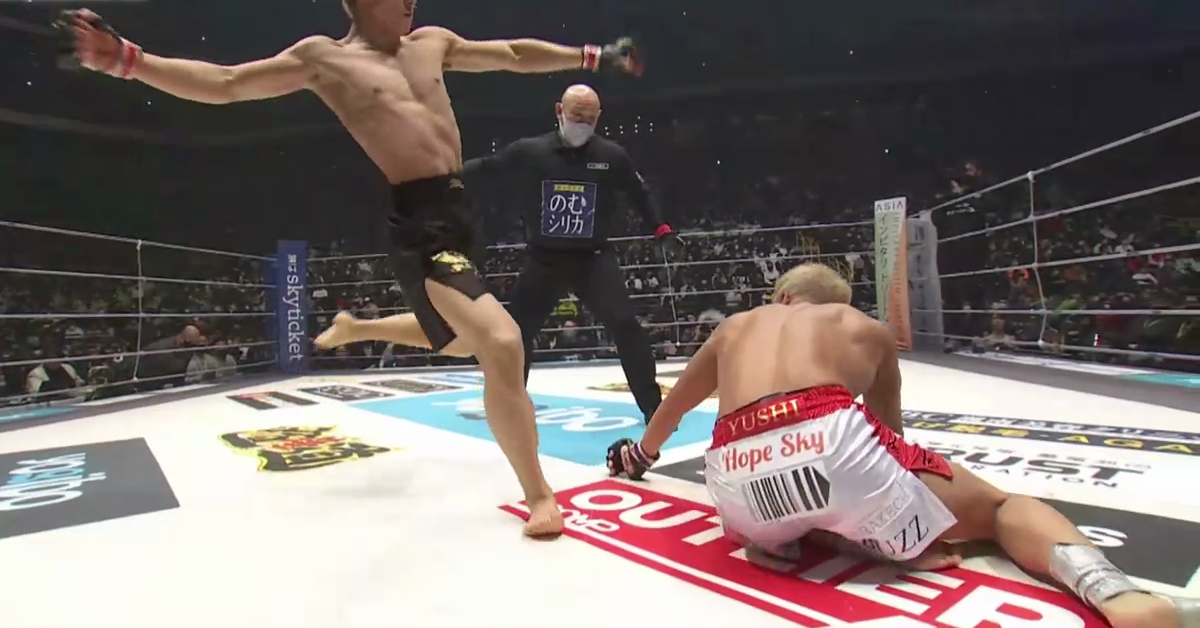 Rizin recently held its New Year’s Eve show and 33rd Event, which despite the ongoing COVID situation seemed to have a pretty large audience. It made good use of Saitama Super Arena, with its 22500 seater capacity, which has held major MMA events on New Year’s Eve since the early 2000s, so this is pretty much a tradition now.

Speaking of tradition, 19 year old Kota Miura followed in the footsteps of his dad and embarked on his own athletic career in his chosen sport, MMA.
Kota’s dad happens to be Kazuyoshi Miura, the soccer legend with the world’s longest professional soccer career, and also currently the oldest active professional player at 54.

Whether intentionally or not, Kota Miura’s finish included a soccer kick after some attempts at submissions when the fight went to the ground.


Judging by the hugs later on, Kota’s dad was pretty proud of him.

The Miura family weren’t the only very athletic people at the event: Olympic Medalist Shinobu Ota who also recently began his career in Rizin brutally finished his opponent Kazuma Sone with a combination of punches, knee strikes, and soccer kicks and stomps after pretty much dominantly wrestling the veteran wherever the fight went.

This puts Ota on a 2 win streak, with his previous bout ending in a decision win against Yuta Kubo in September 2021. Kubo has been considered one of the best Japanese kickboxers during his time in K-1, and faced Ota in his debut match. Finishes like these are not possible in the UFC as their rules prohibit kicks to a grounded opponent.