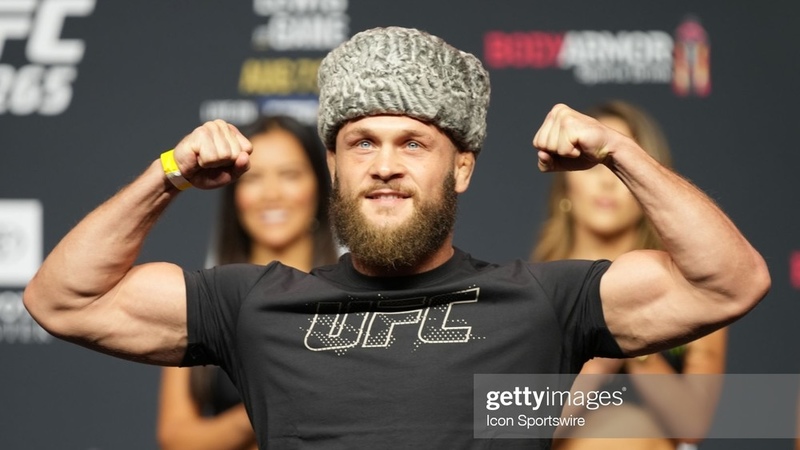 While the UFC claims to be apolitical and all for freedom of speech there seems to be mounting evidence to the contrary. The latest bizarre situation is forcing a huge prospect in the lightweight division Rafael Fiziev to stop representing his country.

According to Fiziev himself he and his wife receive thousands of threatening letters day in and out:

“Today my family and I faced persecution by the muftiate and also some well-known people in Kyrgyzstan. Because of this harassment, because of these false videos, it is not clear why they were made …

Today, my family and I receive many angry messages from all over Kyrgyzstan, and we are not talking about tens, but about hundreds, there are a lot of them, I would even say thousands … I’m surprised that for some reason they even write to my wife …

What I want to say: I have never been a preacher, I have never preached anything and I just show what millions of people do on Instagram – I show my life, what I do everyone day. Each person has his own opinion and each person has the right to legally do what he wants in a secular state.

This is what I did and received a lot of harassment from the muftiat today. Because of what today there is a lot of pressure on me and my family … So the point is that’s it! I leave, and nothing else connects me with Kyrgyzstan except my passport.

My family too, in the near future we will think about moving from the country, because everything went like that. I stop performing under the flag of Kyrgyzstan, because many messages are received and everyone is on this basis … I have always been on my own, I owe nothing to anyone and no one owes me anything, ”Rafael says in his video message.

According to Fiziev’s wikipedia page he was born in Kazakhstan, to a Russian mother and an Azerbaijani father. Fiziev grew up and is a citizen of Kyrgyzstan.

The Spiritual Administration of Muslims of Kyrgyzstan (SAMK) claimed that they had nothing to do with the decision.

“We are engaged in our direct responsibilities, in particular educating the people,” the organization was quoted as saying in a statement, while stressing it would refrain from commenting on remarks made by Fiziev and former Kyrgyzstan mufti Maksatbek Toktomushev.

On YouTube, the latter read out a question which asked how Sharia would view Fiziev calling the Iraqi city of Karbala the most sacred after Mecca and Medina, to which Toktomushev replied that despite being an idol in the country, Fiziev should not confuse sport with faith while Central Asian people subscribe to Sunni Islam.

“You cannot make such calls, I speak about it openly,” said Toktomushev.

“This can lead to interfaith conflict. Therefore, I hope that our athlete will correctly perceive my words and stop his calls.

“[There is nothing wrong with the fact that he has convictions. If he goes to the Kaaba [at Islam’s most important mosque in Mecca], there will be completely different feelings.”

Separately, Fiziev’s first coach Emil Toktogonov has also waded into the row, and called his ex-charge’s decision a “boyish act”. 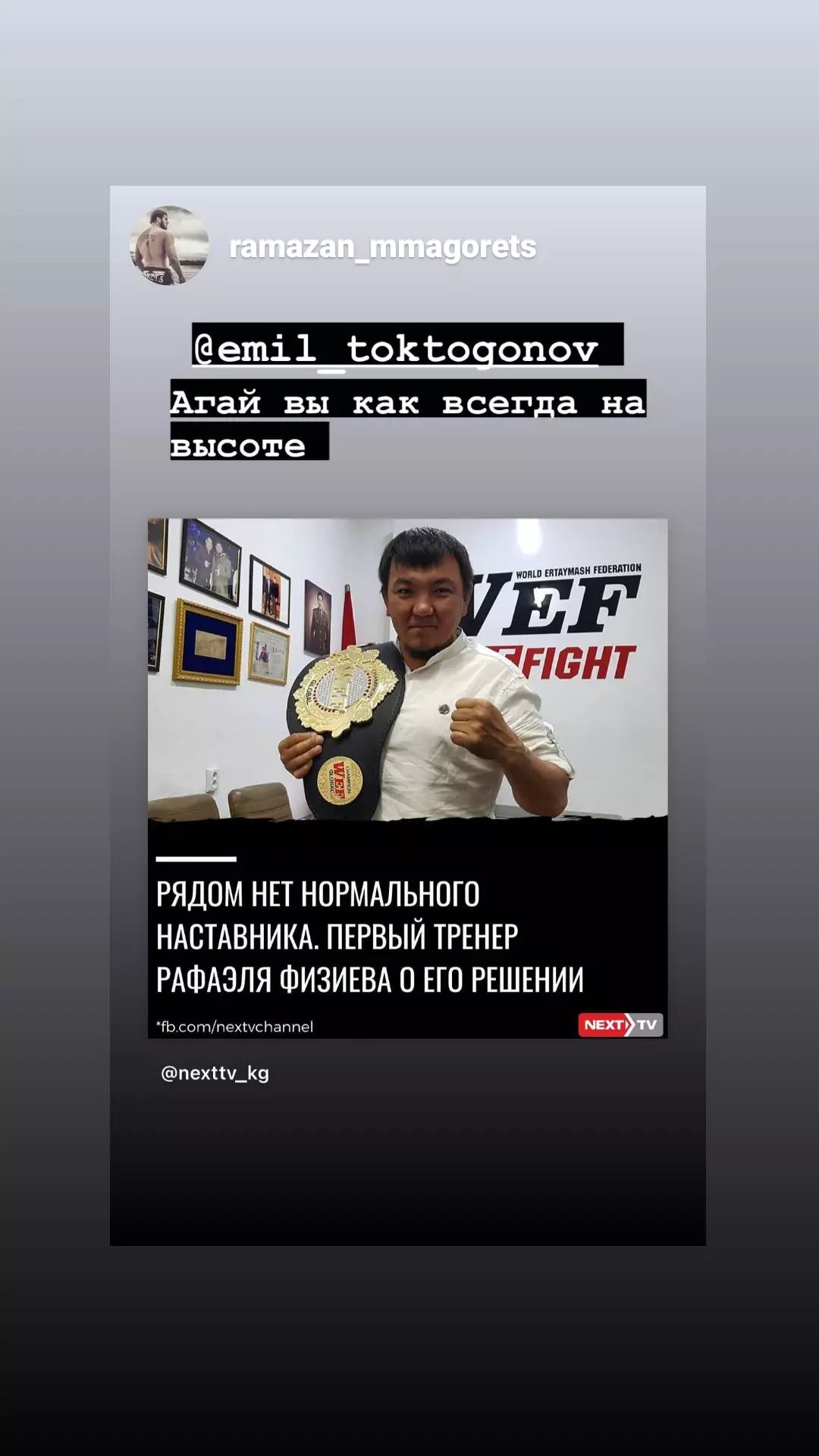 “It is felt that today there is no experienced mentor next to him who could lead him not only in sports, but also in such situations,” Toktogonov added.

“There is no one who would say: ‘Do not get excited, think carefully.’

“Rafael, even if someone wrote offensive comments to you, these are not all the people of Kyrgyzstan, these are some isolated people. There was no need to give up on the country.

“A huge number of Kyrgyzstanis supported and cheered for you. Now they are all upset. Think about it,” RT translated his statement.