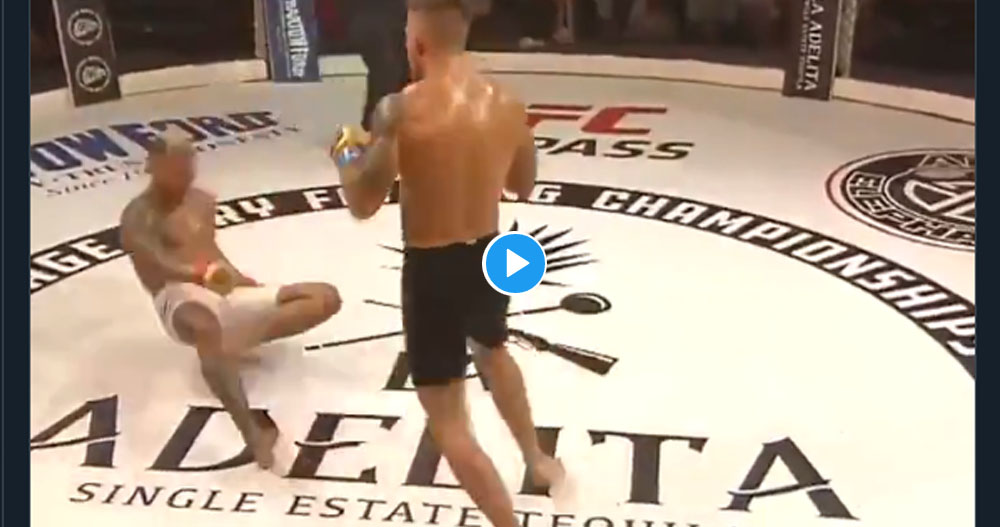 Cage Fury Fighting Championship hosted a myriad of fights last night – with one in particular capturing the attention of many with a particularly brutal finish.

Charlie Radtke delivered a stunning knock down of Brandon Lopez in round 2 of their CFFC 100 bout.

The footage made it onto twitter and had caused an uproar.

The official time of the stoppage was 3:31 of the 2 round, putting Radtke back in the win column with his fourth professional victory. The finish was his first since March 2017.