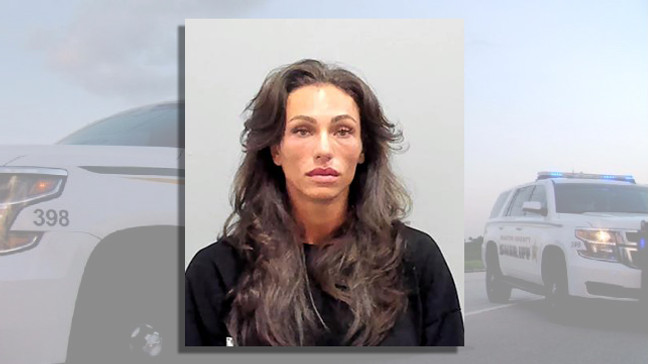 An instagram influencer found herself in some hot water earlier yesterday. She was accused of receiving performance enhancing substances in the mail.

According to the arrest reports, agents with the customs and border protection seized a package, mailed from Canada to destination Palm City in Memphis.

The package said it contained vitamins, massage oil and a T shirt. However the search of the package revealed a significantly different picture.

The mysterious package contained multiple vials and packages of factory sealed and labeled ster*ids and other medication.

Very quickly the department of Homeland Security Investigations took over. The detectives went on to personally deliver the package to Melissa Kate Bumstead, 30 – and served a warrant to search her home just minutes later.

Melissa is an influencer herself and is the sister of fitness professional Chris Bumstead – Bumstead has over 3.5 million followers on instagram. Bumstead is the reigning Mr. Olympia Classic Physique winner, having won the competition in 2019 and 2020.

Chris Bumstead found himself in a bit of an online controversy this summer when he shared a picture of himself as a “natural”  on instagram story that many questioned. Popular influencers in the fitness space at the time questioned this photo evidence and implied about the existence of a new trope – the fake natty. This is to explain the phenomenon of juicy supernatural looking guys trying to severely downplay their usage of PEDS to make it seem like they’re more genetically gifted than they may be. Something this is done out of pure motives, like preventing others from experimenting in a similar fashion but more often than not its to portray that they didn’t need PEDS as much as the next guy.

The report of cbs12 indicates she had powder on her hands at the time when search warrant was delivered indicating that she’d already opened the package.

The unfortunate influencer is facing 6 counts of possession of a controlled substance without a valid prescription.