The LGBTQ+ community celebrates June as Pride month. While many marked the month in their own way, a Polish MMA promotion decided to celebrate it by holding an LGBTQ+ MMA card.

Many countries in Western Europe have been more progressive with each passing day and welcoming toward the LGBTQ+ community. However, Eastern European countries like Poland are still more conservative and tend to not celebrate diversity.

But that didn’t stop this new MMA promotion to hold “The first pro-LGBT MMA federation in the world”.

Based in Warsaw, Poland, Pink MMA opened its doors for the first time on June 3. The card was stacked with 10 bouts between LGBT influencers with drag queens Mariolkaa Rebell and Filo headlining the card. The fights were aired live on Pay-Per-View. 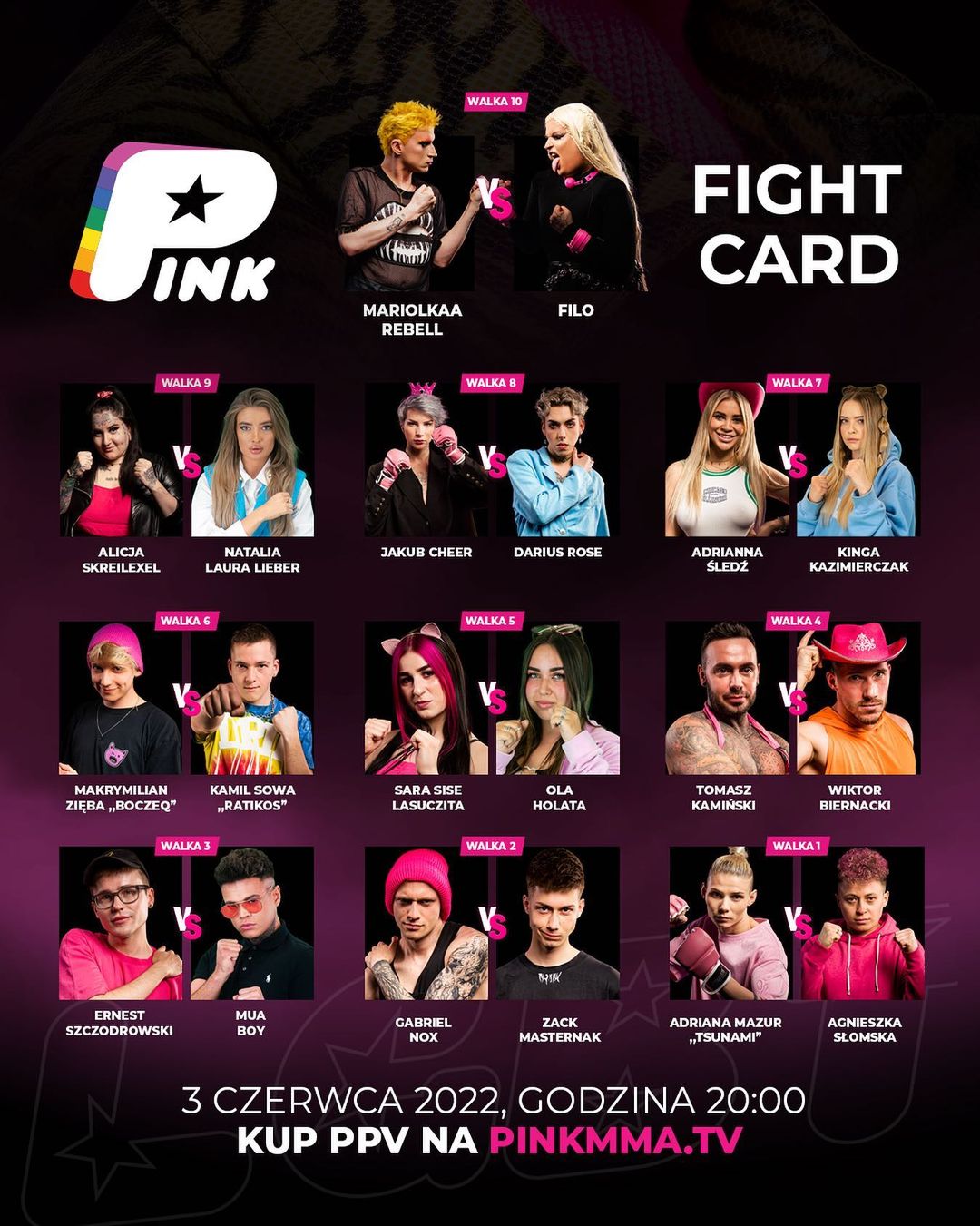 While not much footage is available from the fight card, there is a glimpse of the main event shared online.

The footage showed that the arena was relatively small but still had a proper production. This might be a way to avoid controversies as many people in Poland aren’t really fond to the LGBTQ+ community.

The fight itself was not pleasing as both contestants are definitely not well-trained and more like entertainment for some rather than a pro fight.

We had a battle of drag queens in the main event of premiere Pink MMA event #popMMA pic.twitter.com/Rv5LllsHK1

It is still unclear how the promotion performed financially with their first fight card.

Recently, UFC allowed its fighter to wear a customized rainbow fight kit into the fight. Fighters like UFC flyweight Jeff Molina, who proudly wore the fight kit to battle against Zhalgas Zumagulov on June 4.

The promotion also released “We Are All Fighters” t-shirt which all of the profit from the sales donated to the LGBTQIA+ Center at Southern Nevada.