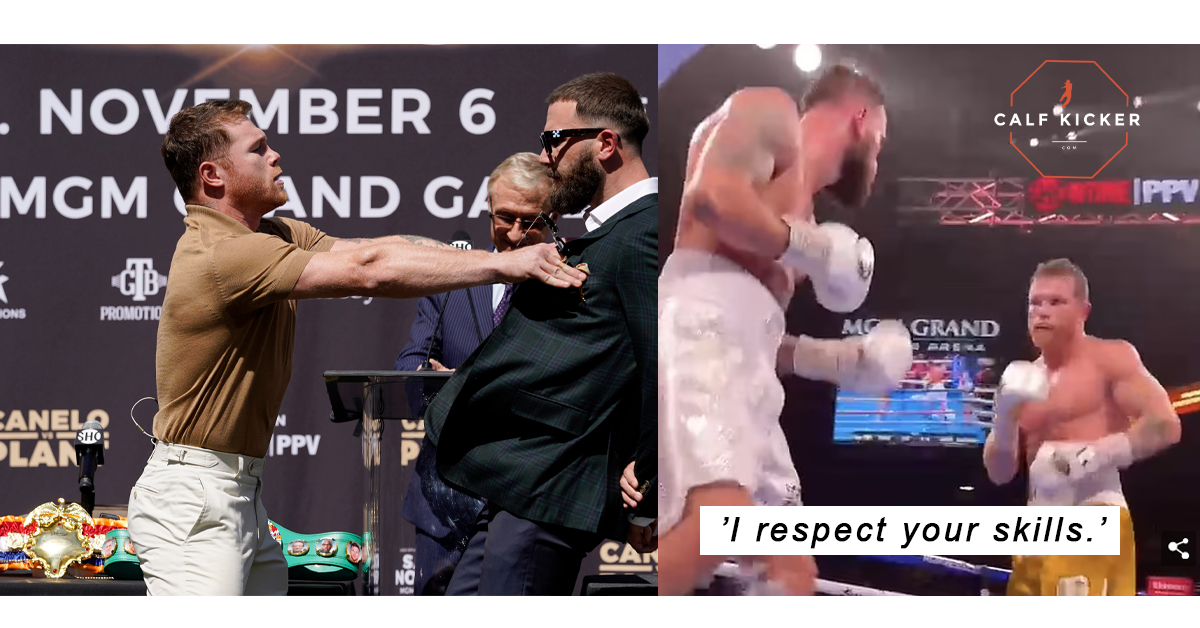 On November 6, 2021, Canelo Alvarez made history in the boxing world by beating Caleb Plant in the 11th round of the fight through a brutal TKO. Canelo was titled as first undisputed and king of the supermiddleweight division.

The best pound-for-pound fighter made it clear before the fight that he will only be satisfied with the stoppage after both had bad blood in the buildup. During the promo event, they had a face-off. The trash talk caught up the fire as Plant abused Canelo’s mother. It resulted in a scuffle. For Canelo, it became personal. Plant remained focused on the reward.

The last rounds of the fight are usually tense and dramatic. A few rounds before Canelo’s stoppage, the two were caught exchanging compliments for each other in the ninth round of the fight. Nobody would have started a conversation during a fight when you are facing the best pound for pound in the ring. Canelo is the most feared boxer right now.

A ringside camera recorded the bizarre exchange. The pair continued circling for 20seconds during the conversation.

Plant was not able to hold his unbeaten record. In the 11th round, Canelo with first flooring him with a left hook and then stinging him some quick combinations broke his win streak.

Canelo said that at the end of the fight, Plant told him that he could continue but the officials didn’t let him anymore. In answer, Canelo said not to be ashamed because he is a good fighter. In a post-match interview, Plant praised the Mexican by saying that he belongs at the top level, and he promised to rise and will come back for his title in the coming future. He also apologized for insulting Canelo’s mother as it was not his intention. Canelo added that they are men and that stay in the ring.