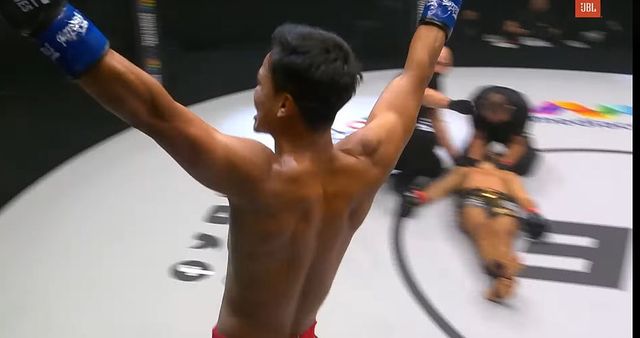 Giorgio Petrosyan is one of the most interesting kickboxers today. His devastating loss to Superbon came as much of a shock to those close to him as it did to the general public. The Armenian born Italian kickboxer is said to be undergoing surgery to repair damage sustained in the KO at ONE FC’s latest event.

But the Petrosyan camp has made social media postings outlining how they feel in the after math of the loss.

This might be the upset of the year where kickboxing is concerned. Petrosyan’s brother Armen weighed in on his condition telling ONE FC commentator:

“So many people asking me about Giorgio’s condition,” ONE commentator Michael Schiavello tweeted on Saturday. “His brother Armen Petrosian just informed me that Giorgio has a broken jaw and undergoes surgery today.”

“Prayers for the greatest and wish him a smooth surgery and swift recovery. God bless you, Giorgio,” added Schiavello, who was ringside for the stunning knockout.

And now onto the salt. 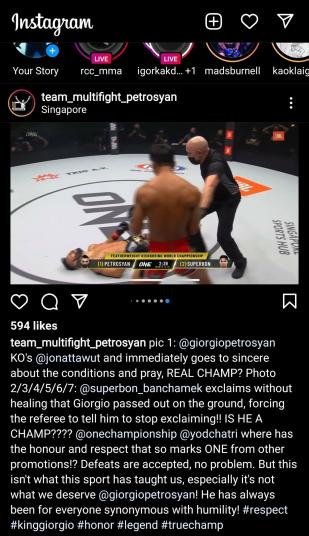 Meanwhile Petrosyan shared an update from a hospital bed:

Yesterday evening my jaw was fixed with two plates. The surgery went well. I feel better already. Thanks to all
For the support.❤ I will keep you updated.