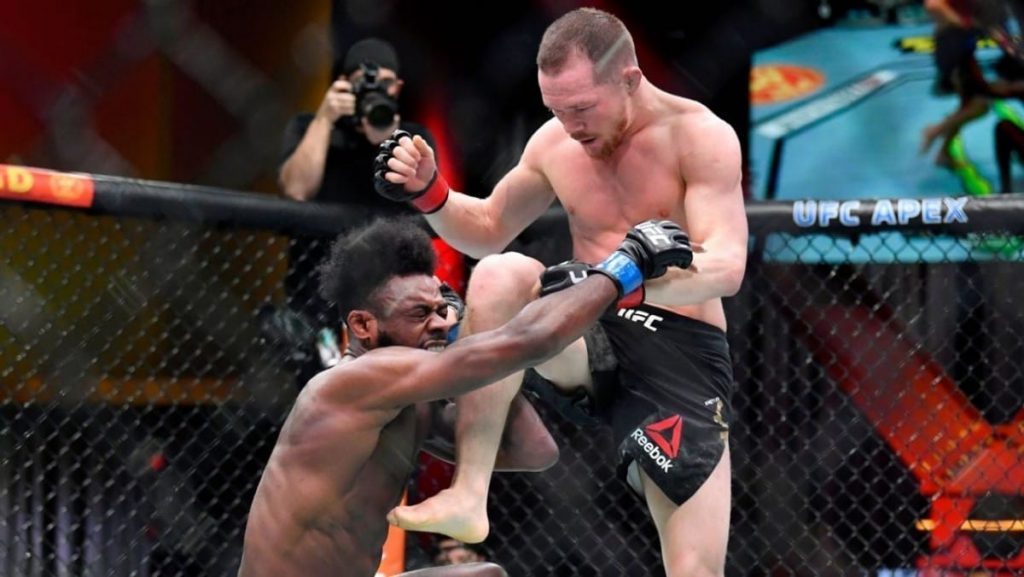 Petr Yan’s nickname is “No Mercy” – and that’s for a reason. The 28 year old Russian is 15-2 in MMA with one of those losses coming by way of a disqualification in a title match against Aljamain Sterling.

But before we were all upset about Sterling basically using an “exploit” to become the bantamweight champion we failed to examine the multitude of antics Petr Yan has utilized over the years. Yan is no stranger to headbutts, hair grabs and more.

But his DQ shot isn’t even the first time he’s kneed a downed opponent. Here you can clearly see Yan deliver a knee to the head of Silva De Andrade as he lays back and tries to resist the assault.

When we talk about Yan’s infractions the John Dodson fight is significant in more ways than one – in it Yan pulls a quadruple whammy he upkicks his balls, pulls the hair, punches to the in back of the head and pokes at his eyes.

His tactics didn’t go unnoticed by the MMA community:

While Sterling didn’t do himself any favors with the way he handled the doctor stoppage we can’t help but wonder if this was perhaps a bit of karma catching up with Yan considering the sheer amount of faults we’ve seen him make having rewatched his fights. One way or another Yan is fascinating to watch and is definitely a mainstay.

He will be fighting Cory Sandhagen October 30th at UFC 267 after Sterling backed out due to lingering neck issues.