Paulo Costa and Ariel Helwani have taken a liking to each other. Costa appeared on last night’s edition of MMA Hour and got to shave another producer’s head as part of the deal. But perhaps the most fun out of the interview came when the two got together and made comments about Schaub.

Helwani has demolished Schaub late last year when he outed him for paying guests to come on his show, using his show to gatekeep Joe Rogan Experience and plagiarism. Schaub and Helwani have since buried the animosity – after all Schaub had bigger fish to get fried by in the entire Bobby Lee debacle.

Meanwhile Paulo Costa loves to troll on twitter and has one of the better feeds to follow. 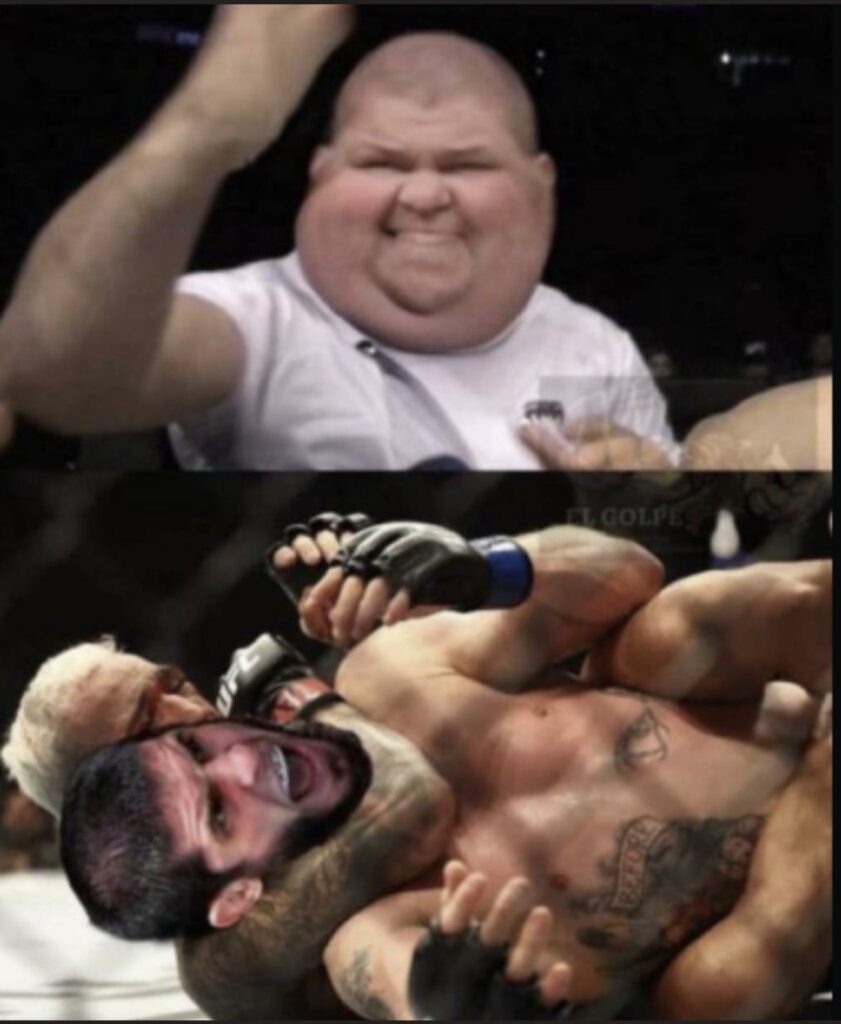 But despite the fact that Schaub has no animosity toward Costa, he’s shared some less than flattering content featuring the former UFC Heavyweight.

I wanna say I don’t like this kind of meme okay @BrendanSchaub 👎🏿 pic.twitter.com/szQlUuYJ6m

Show me tha money and make me ugly no problems pic.twitter.com/nUZZDAJuYX

😭😭😭😭😭 I got emotional sorry guys @BrendanSchaub make me cry, but when will you make me laugh? pic.twitter.com/3TbW1Pgeq7

Enter a famous phrase from Brendan Schaub. Schaub has what fans have labeled as CTE brain and often uses expressions that – aren’t real or are misconstrued.

Schaub has been in the news lately due to a conspiracy rumor he helped start in order to promote his ‘news network’. Dana White dismissed the rumor with an epic line at the UFC 279 presser.

‘Why did you get involved in this?’ Helwani asked Costa about why he made public instagram comments on Schaub’s statement on Dana White.

Helwani prompted the discussion on who would win.

“Dana White so strong right now. Him. Right. And (Brendan’s) stand up. It’s not good. ” 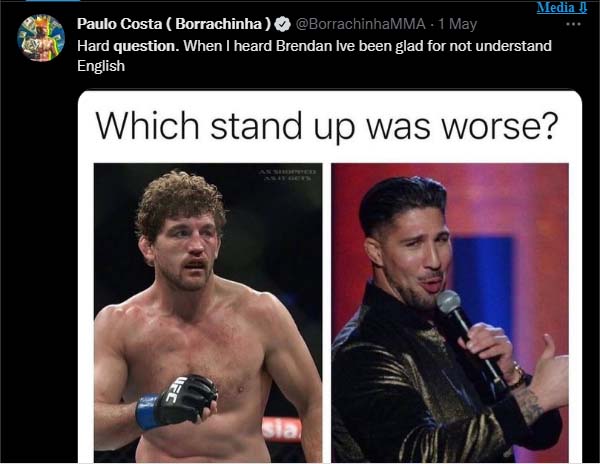 At another point in the interview Costa likened his ambitions to those of Schaub by using his phrase:

“Means something will happen. Maybe not 100%, but if you’re targeted for the clothes, maybe you hit the moon, something like that, you know.”