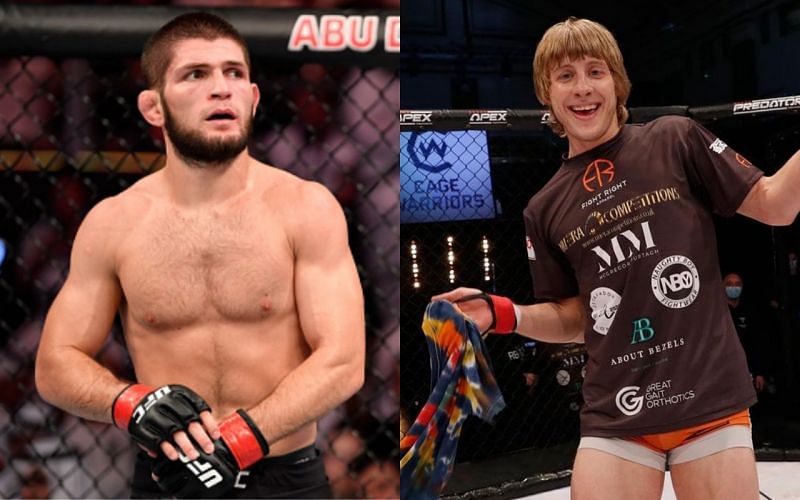 Paddy Pimblett is not afraid to speak his mind. After all this is how he landed a seven figure deal to podcast on the Barstool Sports network. Pimblett might be realizing that it’s way more lucrative to talk than to actually fight.

The Liverpool born fighter recently discussed Khabib Nurmagomedov – who many believe is the Greatest of all time in mixed martial arts.

“He is the GOAT, lad. Like he’s done some stupid sh** over the years, but it just shows how good he is. That he was doing all that stupid sh** and was still beating the who’s who of light heavyweight contenders. Anyone that says he’s not the GOAT is brain-dead to me, you know what I mean,” said Pimblett about Jones in a chat with MMA On Point.

“Like, look at the names he beat. Beat Shogun for the belt, Rashad, Rampage, Machida, Gustafsson twice, Cormier twice. I mean, when you look at the names, how anyone can say he’s not the GOAT is just,” he further added.

“Like, yeah, GSP is another one who’s up there. Anderson Silva in his prime. Khabib only beat like three decent people. I don’t understand how people can say Khabib is the GOAT, lad. I just don’t get it,” said Pimblett about Nurmagomedov.

And many believe that Pimblett has a point. After all it’s no secret that Khabib Nurmagomedov’s pre UFC record is considered by most as “padded”.

So a stiffer build than Khabib had