Oliveira most recently beat Justin Gaethje at UFC 274,. Despite winning, it was a bittersweet victory since his championship was forfeited the day before the competition for failing to make weight.

Oliveira is now the top contender and is anticipated to compete later this year for the vacant lightweight title. After a 10-fight winning streak, Makhachev may get the next opportunity to face Oliveira. He is a student of former UFC lightweight champion Khabib Nurmagomedov.

On October 22nd, UFC 281 is slated to take place at Fight Island in Abu Dhabi. It has been suggested that Oliveira and Makhachev square off for the lightweight championship. However, Oliveira and his friends don’t want to give Makhachev what he wants.

Diego Lima is Charles Oliveira’s longtime trainer and manager. He outlined why a bout with Makhachev in Abu Dhabi wouldn’t make sense in a recent interview with Ag.Fight.

Regarding an Oliveira-Makhachev match taking place in Abu Dhabi, Lima stated: “Why in Makhachev’s ‘house’?”

“Look at everything Charles did, look at the history of him. Why not let Charles fight wherever he wants? Why not give us the opportunity to (fight in) Brazil?”

“‘Ah, but it has to be a neutral place.’ Okay, let’s go to New York. If it was McGregor, we would fight in Ireland. Because McGregor also made history.”

“Now, why go to Abu Dhabi in October? Much earlier than we are used to fighting, two months earlier. Some other time, which is not Charles’s time. Charles doesn’t want to (fight in Abu Dhabi). And I, as Charles’s coach, totally agree with him.” 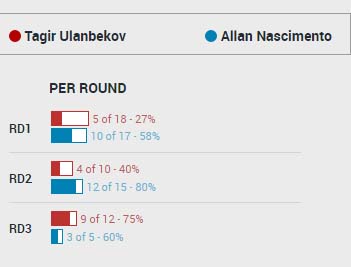 According to UFC President Dana White, Beneil Dariush will have to face Makhachev in a rescheduled bout. However, it’s not yet certain when Dariush will be able to make a full recovery from his injuries.

Near the end of the year, the UFC often holds a New York City show. However, there hasn’t been a public announcement for anything beyond UFC 281. Makhachev may need to accede to Oliveira’s requests if he wants to face Oliveira in the next match.