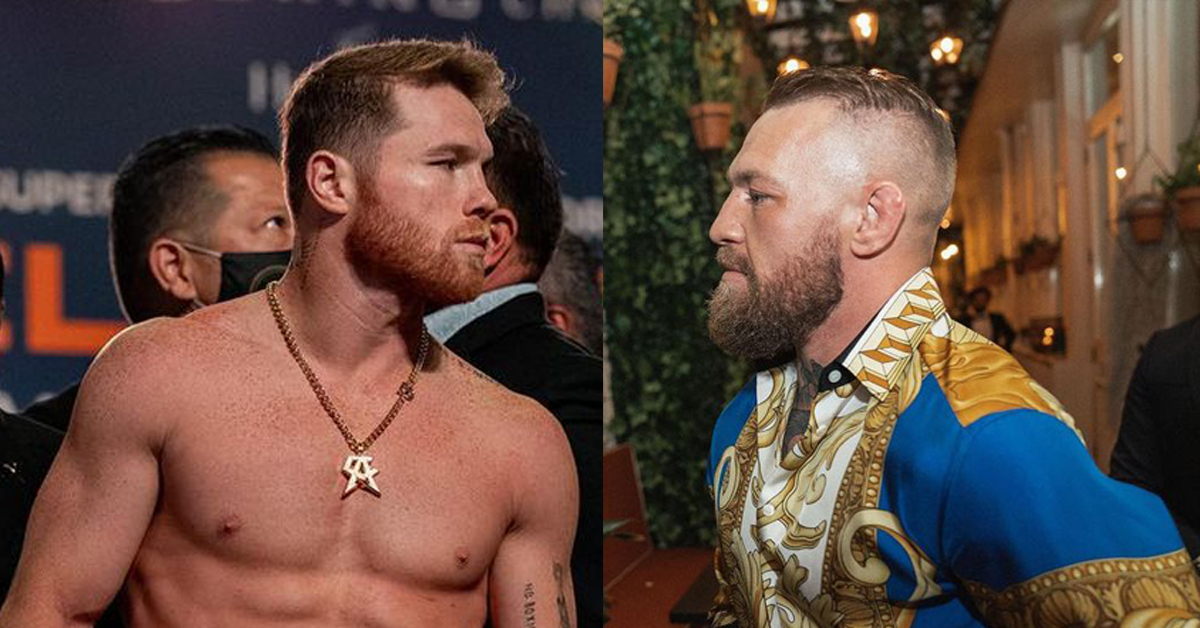 The super-middleweight boxing champion Canelo Alvarez was recently asked to comment about the odds of him boxing Conor McGregor.

Alvarez has been on a hot streak boxing wise. Not only did he succeed in defending his title, but he also became the first boxer to defeat Caleb Plant. He effectively ended Caleb’s 21 win streak this past weekend.

Alvarez was asked about  Conor McGregor because it has been alleged that McGregor has tried to fight Alvarez for years.

Canelo immediately laughed off the prospect before giving his comment. He responded to the idea of McGregor fighting him in a ring. Canelo said not to try him in a boxing ring.

Canelo boxes at a super middleweight – 168 lb/76.2 kg meanwhile McGregor made his name fighting at at 145lbs but it’s widely speculated that he is no longer able to make that weight. All of his fights in the most recent couple of years have been at lightweight 155lbs – or at lightweight without cutting weight – at 170lbs.

From the look of it, it seems that Canelo doesn’t see McGregor as a worthy opponent. His response was very different when he was shown some pictures of other professional boxers such as Anthony Joshua, Tyson Fury, and Katy Taylor.

Even though McGregor doesn’t have that much background in boxing, he once fought Floyd Mayweather Jr. in 2017. McGregor gave a pretty good fight and survived until the 10th round and lost via TKO.

With his retirement from the UFC, it is easy for the Irishman to compete in a boxing ring.