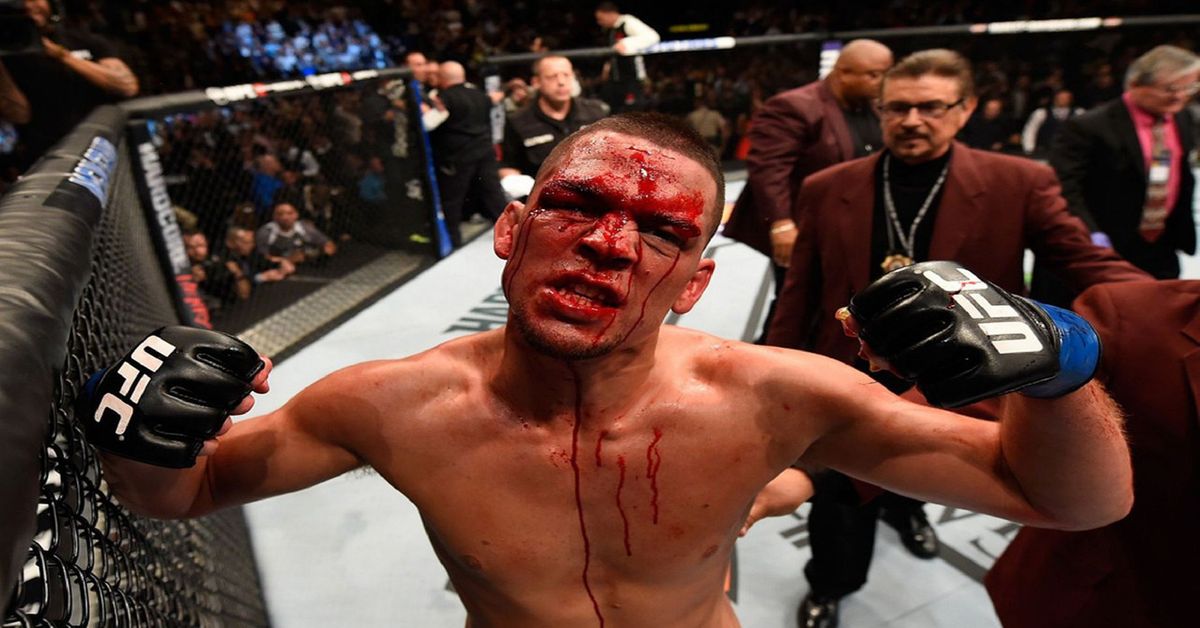 Nate Diaz’s record isn’t perfect – but his star power more than gets the job done. He has consistently delivered for the UFC for the last 10 years. Ever since his epic win over Conor McGregor in 2016 his star power has grown exponentially. But still, there were rumors circulating that the UFC and Diaz would soon be parting ways. It all started with the flirtation with Vicente Luque over the summer. Both Luque and Diaz seemed interested in the fight but Luque’s manager quickly cleared up the situation saying:

“Listen, I believe Nate Diaz has one fight left on his contract,” Abdelaziz told MMA Fighting . “I like the [Luque vs. Diaz] fight. I think it’s a great fight. I think the UFC, it’s a business, they want to make money and I think Nate and Conor [McGregor] will make them so much money.”

UFC infamously doesn’t allow for fighters with star power to become free agents – they tend to bench them until they agree to a contract extension.

In the past weeks, much has been speculated about the future of Nate Diaz considering he has only one fight left on his current UFC contract. However, according to Ariel Helwani, that contract is on the verge of being extended.

“Sounds like the UFC is moving on from Khamzat Chimaev vs. Nathan Diaz fight and, as a result, have extended Diaz’s contract,” Helwani said (h/t MMANews). “I think they knew that would happen and were hoping to buy time for when Conor McGregor is ready to return later this year.”

UFC contracts typically have plenty of clauses that allow the promotion to automatically extend your contract.

Nate Diaz last fought at UFC 263 against Leon Edwards. Diaz hurt Edwards badly with clean combinations late in the fifth round, despite Edwards being in the lead for the majority of the fight. Edwards withstood the barrage and won the fight by unanimous decision. His performance indicated that despite being 36, he is still one of the toughest fighters on UFC’s roster with the ability to wobble anyone.

Since his return in 2019, Diaz has only managed to win 1 out of 3 bouts. That only victory came against Anthony Pettis at UFC 241. Shortly after this win, UFC decided to have a BMF bout between Diaz and Jorge Masvidal in order to help promote Dwayne Johnson’s Mark Kerr movie. Much like the BMF belt, nothing has been heard about the movie since.

Even with back-to-back losses Diaz still remains the fan favorite.

Diaz wasn’t eager to fight Chimaev:
“They’re coming at me with (Chimaev) and I’m like, ‘Hold on, don’t disrespect me like that, trying to offer me a fight with a rookie,’” Diaz said. “I’m cool. You got four fights in the UFC. Don’t even talk my name. … There are levels to this and I don’t even want to hear his name.”

It is safe to say that UFC is much better with Nate Diaz on its roster. He is capable of producing great fights and spreading enthusiasm among the fans. Perhaps this contract extension indicates that the much-awaited trilogy against Conor McGregor could well be on the cards.