Nate Diaz slams Conor McGregor after his former teammate, James Gallagher, tapped out during the fight with Patchy Mix in Bellator 270. Diaz implied that being submitted is a ‘McGregor thing’.

Bellator 270: Queally vs Pitbull 2 features James Gallagher and Patchy Mix as a co-main event. Patchy Mix won via submission in the third round with a guillotine choke. Nate Diaz, who was attending the event, gave his thoughts about that fight on his Instagram story.

The UFC welterweight fighter took a picture of the submission and took a shot at Gallagher on his social media. He said that losing to submission always happens to McGregors.

Straight Blast Gym (SBG) Ireland is a mixed martial arts academy and professional team based in Dublin, Ireland. Gallagher is a former SBG Ireland fighter along with Conor McGregor and Dillon Danis. Currently, Gallagher is training at Glory MMA and Fitness under UFC fighter James Krause, while McGregor hasn’t been spending much time at Straight Blast Gym recently as he is still inactive. 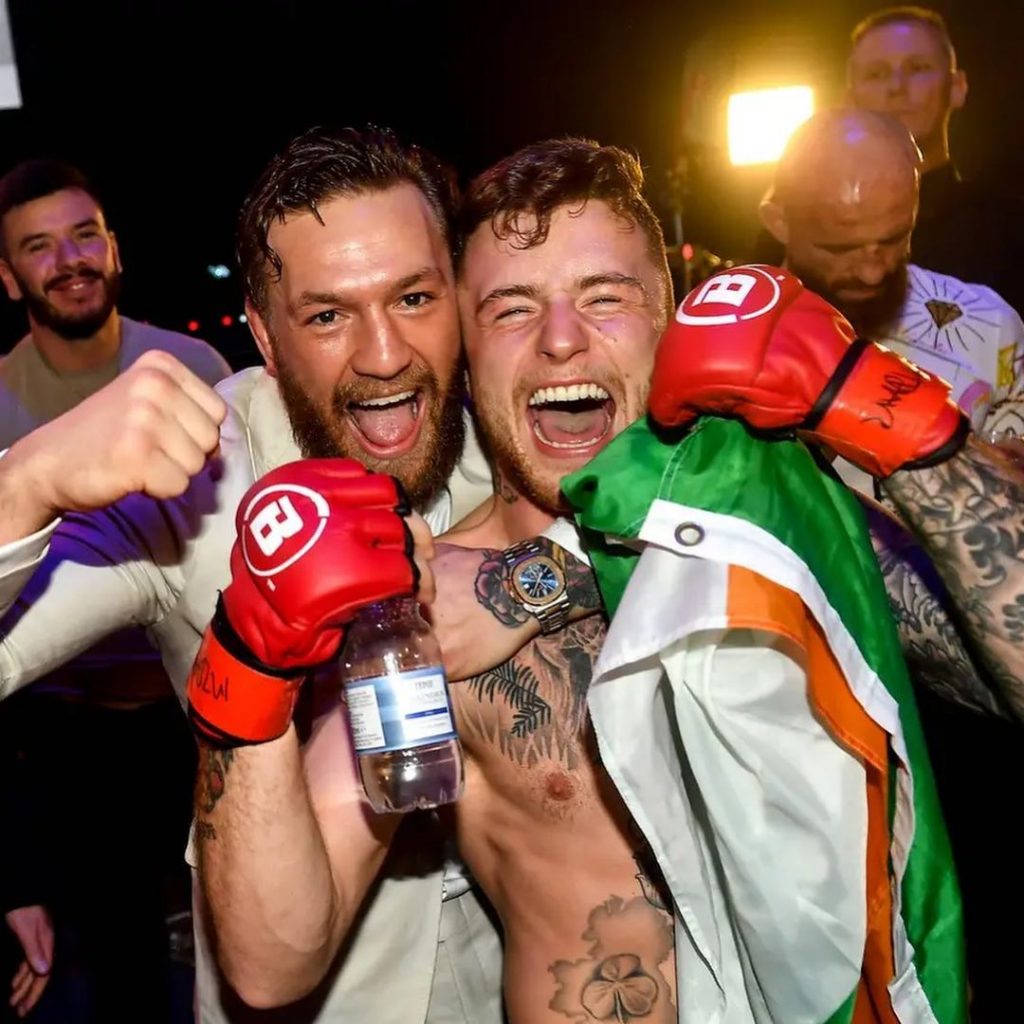 Nate Diaz and Conor McGregor fought back to back at UFC 196 and UFC 202 events in 2016. Nate Diaz won against McGregor at UFC 196 via a rear-naked choke submission in the second round. 5 months later, the two faced off for the second time until the fifth round. McGregor was announced as the victor via majority decision.