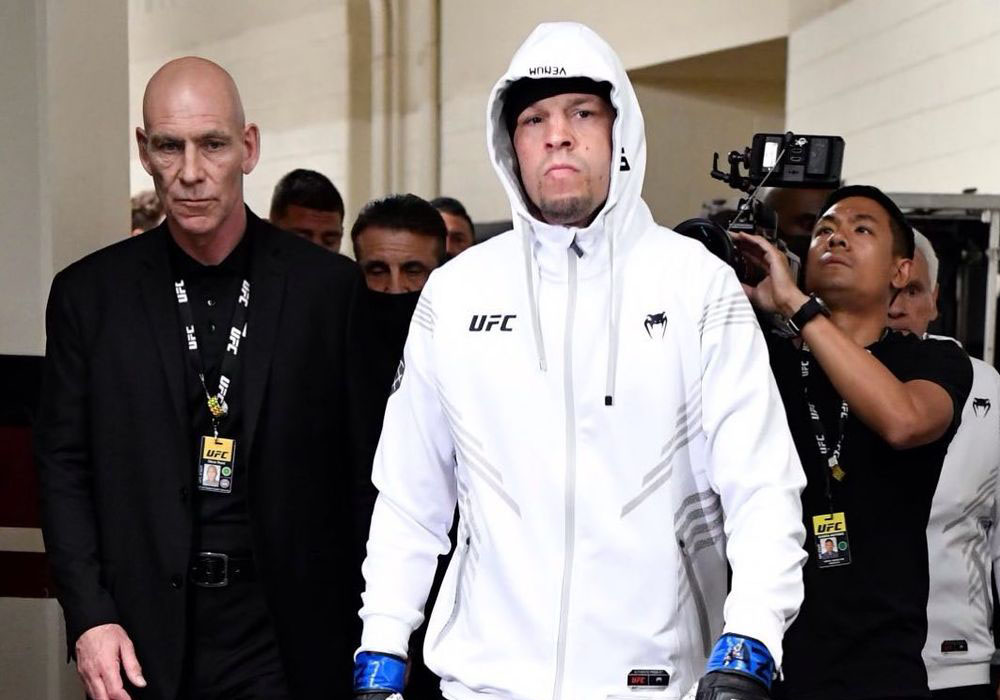 Nate Diaz is unlikely to fight soon – Vicente Luque or anyone else. According to Luque’s manager Ali Abdelaziz the hold up is caused by Diaz’ contract negotiations. Diaz has been on the last fight of his contract since facing off against Leon Edwards this summer after 2 years of absence from the promotion.

“Listen, I believe Nate Diaz has one fight left on his contract,” Abdelaziz told MMA Fighting in a recent interview. “I like the [Luque vs. Diaz] fight. I think it’s a great fight. I think the UFC, it’s a business, they want to make money and I think Nate and Conor [McGregor] will make them so much money.”

And UFC is very rough in contract negotiations. The fighter contracts are designed to auto extend in certain conditions. The promotion does not like its draws to ever become free agents. In a deposition former UFC title contender Jon Fitch explained as much:

“I’m saying they do that to everybody. ‘We’re going to hold your bout agreement until you sign your extension. We won’t allow you to become a free agent.’”

The lawsuits alleging that the UFC is a monopoly and a monopsony explain as much.

As Jorge Masvidal put it over the summer prior to his late-notice fill-in to challenge welterweight champion Kamaru Usman at UFC 251, “you want to get paid, you have to sign a ten-fight contract every time.”