Renato Moicano stepped into this Rafael Dos Anjos fight on short notice. But regardless of the circumstances when it came down to the fight, Dos Anjos spent 5 rounds grinding down Moicano. It was so bad that at several points in time all of the members of the commentary team called for the ref, the medic or Moicano’s corner to call it.

Moicano was still adamant he wanted to keep fighting – and could see out of the eye. As was his coach, American Top Team’s Parrumpa.

Referee Marc Goddard solicited the aid of ringside physician in between multiple rounds and even gave a stern warning to Moicano at the beginning of round 5 to show something. Moicano’s left side was entirely covered in blood.

Moicano was looking unrecognizable after round 4. 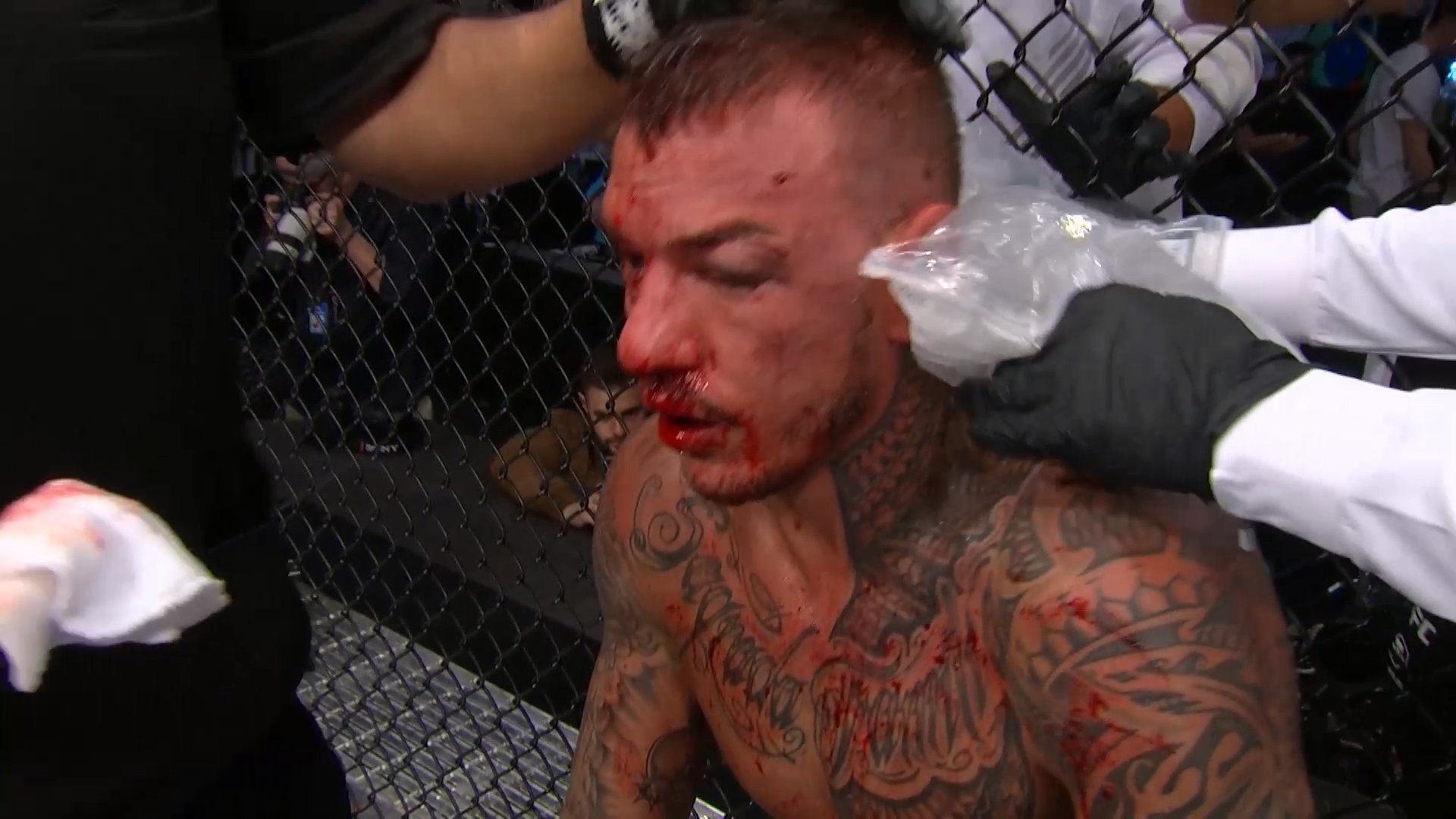 Many viewers criticized the move to keep the fight going – on behalf of all involved. Referee Marc Goddard, coaching team and especially the medic.

Renato Moicano’s long-term health was put at risk by his team, this doctor and Marc Goddard.

At the end of the fight, Rafael Dos Anjos was declared the winner by unanimous decision.