Renzo Gracie is widely regarded as one of the most jovial characters in jiu jitsu but he’s not a guy you want to anger push come to shove. Renzo is a veteran of 23 MMA bouts ranging from 1992 until 2010 (with a single bout in 2018 at ONE FC). He’s always been a bit of a hot head having previously filmed altercations in other instances. This time, Renzo was filmed by a bystander.

According to eyewitness accounts, Gracie was having a conversation with another black belt who is an employee of his when he was accosted for speaking Portuguese in the subway. The assailant is allegedly a black man who was yelling at Renzo to ‘speak English here’.

Gracie responded and accused him of racism at which point the incident escalated. After controlling the assailant with an arm triangle, Gracie subdued the man into apologizing and released him after.

He would go on to brag about it to the family memebers chat sharing that he had his t shirt torn in process. 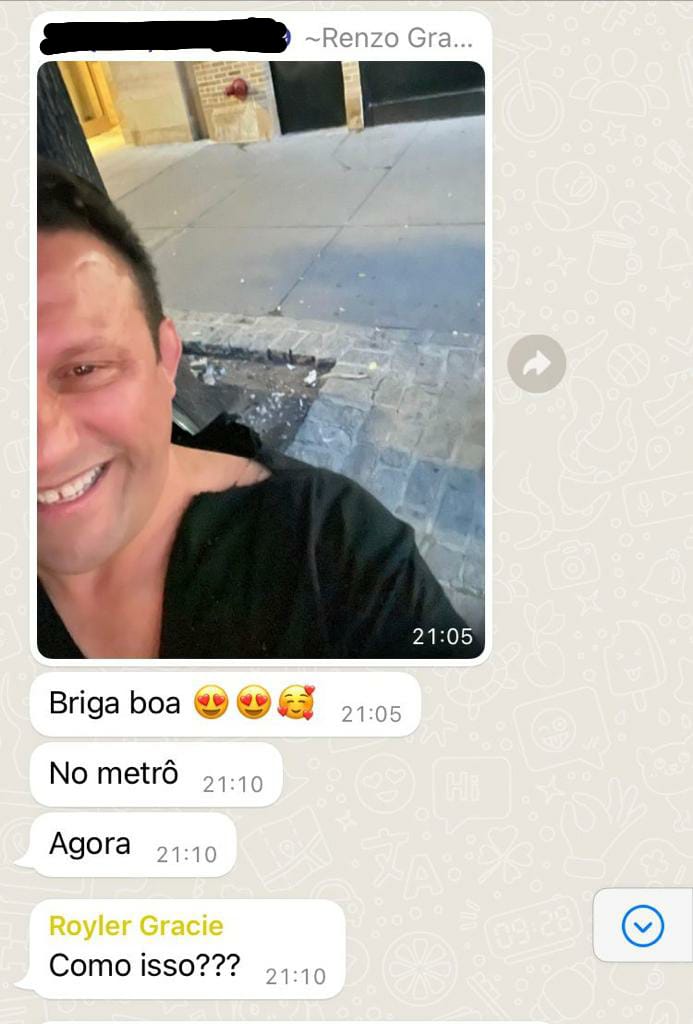 Gracie has a number of affiliated clubs and is rumored to be one of the wealthiest Gracie family members. He’s given the black belt to former UFC champion Matt Serra and has produced an entire lineage of grapplers that are ultra successful in contemporary pro grappling.

That being said, Renzo’s brothers are also hot headed with his brother Ryan dying in jail after an altercation in Brazil and couple years back his other brother, Ralph had sucker bunched another bjj black belt at a tournament resulting in multiple front teeth missing.