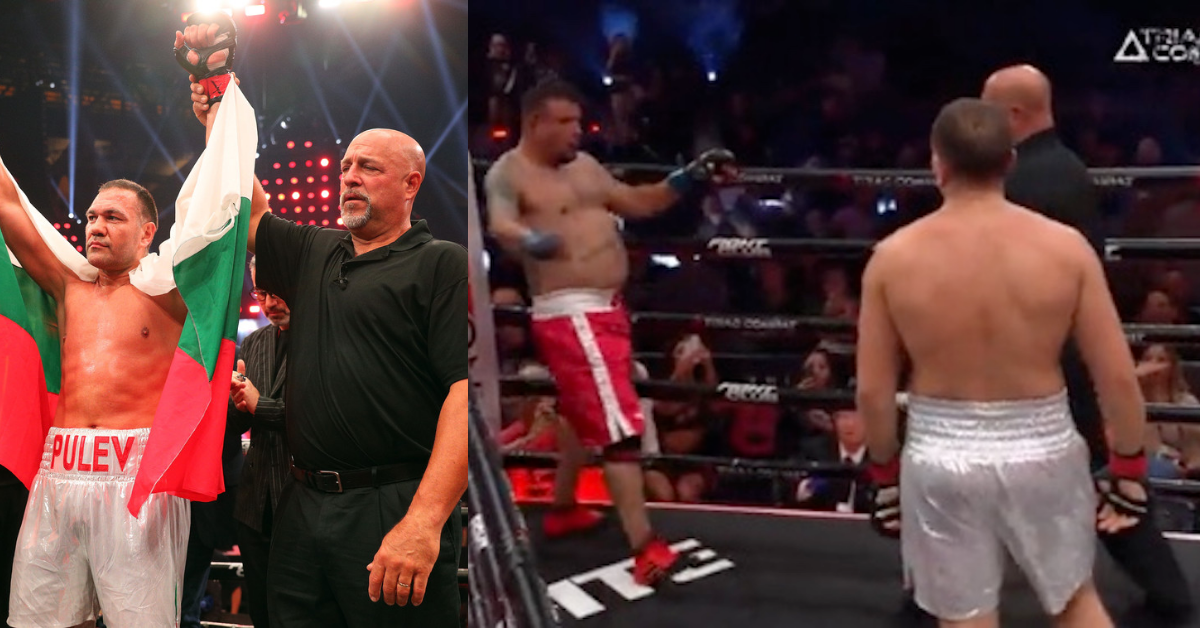 Former UFC heavyweight champion Frank Mir fought a professional boxer Kubrat Pulev at Triad Combat fight, a fusion between boxing and MMA rules. The two were lauded as the main card of the Triad Combat event that was held on November 27.

Frank lost early in the first round via technical knockout where he took a hard left and right hand from Kubrat Pulev.

Pulev’s round 1 TKO on Frank Mir, wtf was the ref doing? pic.twitter.com/Sp38cHvt0w

However, that moment became controversial as a lot of fans think the referee, Dan Miragliotta, didn’t immediately stop the fight. Which he didn’t he – interfered but it was very unclear just what he was attempting. As he didn’t stop the fight right away and was only swayed with Mir’s spaghetti legs. A lot of fans questioned Miragliotta for this late stoppage

Miragloitta personally responded to criticism regarding his reaction to that fight. The 58-year-old referee said that he was aware of Frank Mir’s condition and he was waiting for him to drop.

“I was waiting for Pulev to come in, that would have made it so much easier for me because as soon as he would have made one step as if he would attack, I was in a position with my left shoulder and the left side of my body to bump him, push him out, and stop the fight. But he didn’t engage, he backed off, and that’s why I kept watching Mir. Then Mir didn’t go down and didn’t put his hands back up.” Told Dan to MMA Fighting.

Dan Miragloitta also stated that he stopped Pulev  – which, let’s be honest, Pulev stopped himself.

“As soon as Pulev made that slight step, I stepped in and stopped the fight.” Added Dan.

Kubrat Pulev was then announced as the winner, marking Frank Mir’s second loss at a Triller fight event. Previously, he fought the professional boxer, Steve Cunningham, for 6 rounds and lost via unanimous decision.

Kubrat Pulev is a professional boxer who held the European heavyweight title twice between 2012 and 2016. He has a professional record consisting of 29 wins and 2 losses.