Fighter’s pay has never been a hotter topic on the web. UFC 270 featured a number of fighters that were paid the bare minimum to appear on the now $74.99 PPV card. All of the Fighter’s paychecks for the event could be covered by only 27k buys – a far cry from the 500k reported buys UFC 269 managed to pull in.

An account of one of the owners of Sucker Punch Entertainment, manager Bryan Hamper tweeted an argument against better fighter pay. 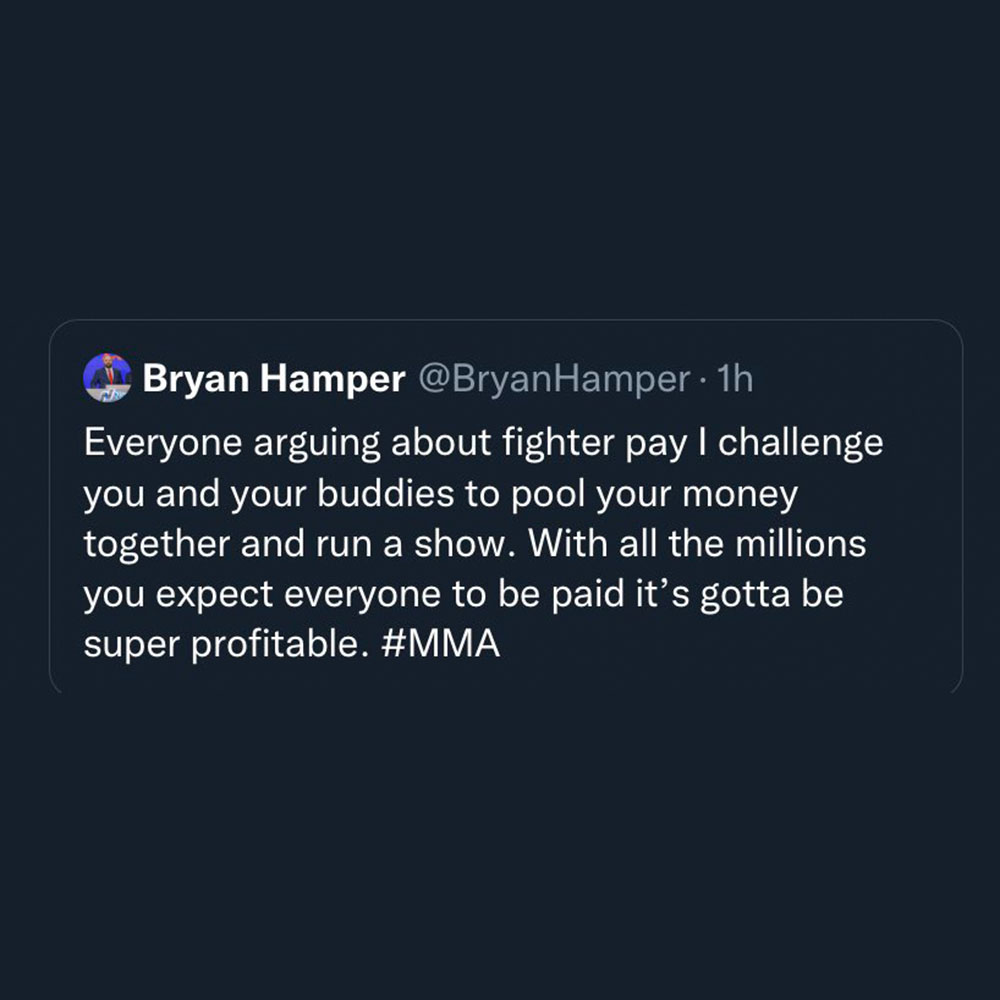 The tweet was instantly picked up and called out by veteran MMA reporter Josh Gross, combatsportslaw.com’s Erik Magraken and others. Once the account went dead Hamper’s partner at SPE Brian Butler claimed the account was hacked. Soon SPE clients started receiving DMs to join First Round Management – a firm that manages Jon Jones, Masvidal and others. At this point Brian Butler went on to confront FRM’s Malki Kawa on twitter.