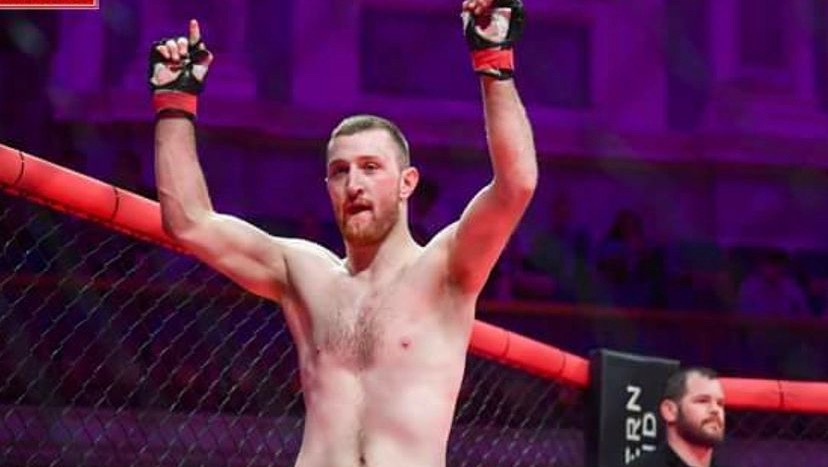 MMA Fighter Ian Coughlan suffered a devastating injury during training for an MMA fight back in July. He spent 3 months in Galway University Hospital and has subsequently been transferred to the National Rehabilitation Hospital in Dun Laoghaire, where he continues his rehabilitation through various forms of therapy.

Unfortunately Ian’s worst fears came true when the doctor’s told him that he may never walk again and that he will be reliant on the care of others to assist him with daily tasks. Recently he shared just what happened.

“The actual second that my head hit the wall, I just started calling “Ambulance! Ambulance! Ambulance now!”. I knew something was, was very bad, because you know like we’re training for a long time you get injuries, you get serious ones, you have not so serious ones… The second my head hit I knew it was something really bad. A feeling come over my body like like nothing I’ve ever experienced. And then of course – yeah I remember the the frantic wait for the ambulance and the trip there. And you know all the aftermath.”

He later continued:
“It was almost, um, do you know uh things and needles or the pins and needles do you know if you’re a [ __ ] off a little bit of sleep? It was it was like a very intense version of that. Kind of went all through my body – like a shock wave to my body. ”

“Yeah sudden. That’s actually quite hard to describe but that’s the best way to describe. Like really intense pins and needles just went through my body. And I’ve had in training before where parts of my body have gone to sleep, one one time firing uh the entire right side of my body went to sleep and uh whatever way it worked I really wasn’t even nervous at all because I kind of just knew I’d pinch the nerve and it would be fine it’d come back. But with this – it was different. I just knew something, it wasn’t even pain, it really wasn’t pain. I wasn’t in pain at all but I knew something was very bad the second – the second my head hit the wall.”

And as for what actually happened – it was a freak injury during the last sparring session of the day:

“It was a sparring day. It was last session of the week and getting ready for fight. I was supposed to fight Marcin Zembala in the main event… Yeah a guy just kind of basically threw me on my head essentially. And i kind of went down in the diagonal way against the wall and kinda between the floor and the wall really hard. That was me paralyzed. That’s the essential part of it.”

While Coughlan acknowledges it was a freak accident he still thinks the throw was out of place:

“It was a freak accident but I certainly think the action that caused it to happen was quite reckless, you know. So I don’t know really well. I haven’t really fully got my thoughts around the actual injury itself as to how it happens. I went for a double leg – he defended her by feeding me a single so i ended up having a head outside single. And he kind of got his arm behind the back of my head and shook me down really hard onto the floor like that so I don’t know really what I what I make of it if I’m being 100% honest.”

Coughlan is a good candidate for for combined Stem Cell and HAL (Hybrid Assistive Limb) treatments and he’s currently in the process of gathering the funds to be able to undergo this treatment in Germany. If you’d like to contribute you can do so here.