Mike Tyson is one of the biggest sports stars in the world. The legendary boxer is regularly making waves at 55 thanks to his rediscovered enthusiasm for boxing and his always fun podcast Hotboxin’ with Mike Tyson.

Following the Boxing return in 2020 against Ray Jr Jones, Tyson decided to hang up the gloves for good. After a good deal of time spent flirting with the Logan brothers about a star powered boxing exhibition he decided it wasn’t for him – that the sport has become too money obsessed.

Tyson instead turned to promoting a product he feels really passionately about – ear shaped cannabis edibles with a chunk missing.

Tyson became infamous in the 90s for the infamous ear biting incident during the boxing fight against Evander Holyfield. He’s also been a long time connoisseur of edibles having sold them since 2016. This prompted Tyson to merge these two together and commemorate the event. 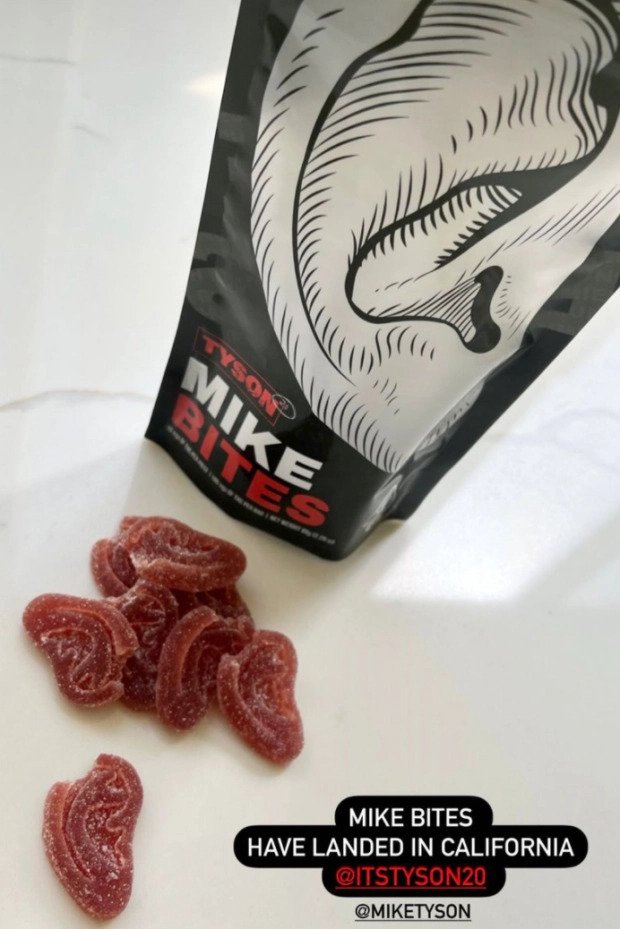 The edible is obviously a nod the unforgettable 1997 rematch that ended in a huge controversy. Thanks to the infamous bite Tyson went from being widely regarded as the baddest man on the planet to the most hated.

On that fateful night, Tyson was outboxed by his rival and had struggled to reconcile with defeat. Tyson took a chunk out of Holyfield’s ear in round 3. This was all part of a particularly tumultuous period in Tyson’s life. He had been imprisoned just two years earlier.

In the end Tyson was disqualified following the incident. In the aftermath he was fined close to $3 million and suspended for 15 months.

He revealed how he felt about it during ‘Mike Tyson Undisputed Truth’:
“I’m really very grateful that Evander forgave me for this.”

“All I could say is that I snapped. I went through pure hell. I went from the 10th hated man on the planet, which I can handle, to numero uno.”

“Then I was forced to read this contrived apology letter at the press conference for the Nevada State Athletic Commission. To make matters worse, I had to read it on my birthday, June 3rd, 1997.”
“But now I really am sorry. Me and Holyfield became friends.”