Former boxing world champion Mike Tyson paid tribute to fellow legend Pele following his death. Tyson reposted a picture of him with Pele and recalled their conversation together.

Pele is considered by many as the greatest football players in the world. Pele operated as a second striker and has led his team to many victories. The Guinness World Record recognized him with the most goals scored of all time. Including games for clubs and country, Pele has scored 1,279 goals in 1,363 games.

Pele also won 3 World Cups for his country Brazil in 1957, 1962, and 1970. Pele doesn’t have any Ballon d’Ors as the award only given to European players until 1994. However, According to France Football, Pele would have earned 7 Ballon d’Ors under his name.

Pele died on December 29 after battling colon cancer for years. The Brazilian passed away at the age of 82 years old. Brazilian president Jair Bolsonaro proclaimed a three-day period of national mourning to honor the football GOAT.Several top-class football players have also paid tribute to Pele, such as Lionel Messi, Christiano Ronaldo, Mbappe, Neymar, and several other famous celebrities.

Recently, boxing legend Mike Tyson also paid a tribute to Pele. The former heavyweight world champion took to his social media account to post a picture of Pele and himself when he was still 21 years old. In the picture, Tyson can be seen shaking hands with Pele. They also shared a moment together.

“I was 21 years old living the dream [of] meeting one of the greats. He was a warm kind man without a bad thing to say about anyone. Rest in Peace.” Mike Tyson captioned the picture.

Mike Tyson and rapper Snoop Dogg also recently discussed Pele. They both agreed that Pele and Muhammad Ali are the best at their respective sport. 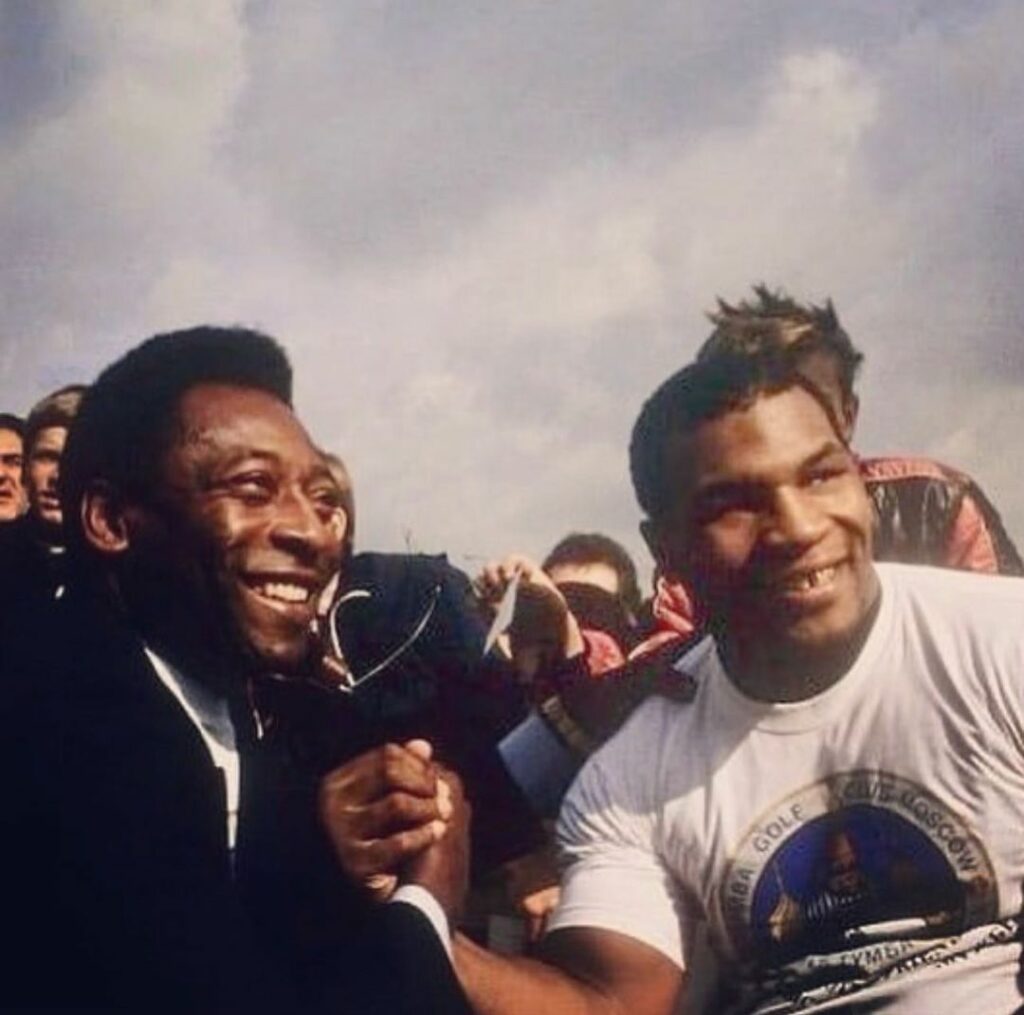